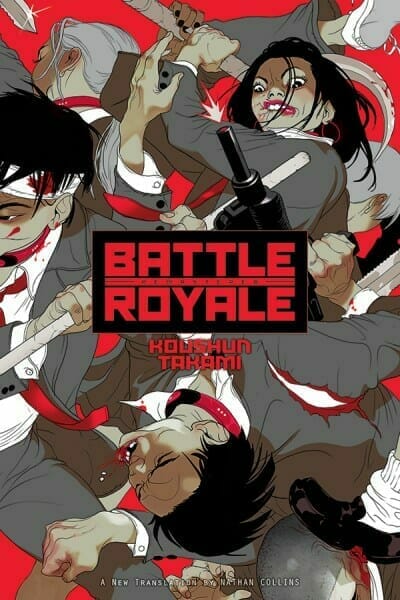 Viz Media announced that they released two Battle Royale books. Battle Royale: Remastered and the Battle Royale Slam Book will be released under the company’s Haikasoru imprint, as a commemoration of the novel’s fifteenth anniversary.

15th ANNIVERSARY OF THE RIVETING NOVEL

San Francisco, CA, April 2, 2014 – VIZ Media’s Haikasoru literary imprint commemorates the 15th Anniversary of the original debut of one of the most controversial works of modern Japanese literary fiction with the release of BATTLE ROYALE: REMASTERED and the BATTLE ROYALE SLAM BOOK: Essays on the Cult Classic Novel by Koushun Takami.

BATTLE ROYALE: REMASTERED features a brand new translation of the smash hit near-future dystopian thriller along with new cover art by Tomer Hanuka and an afterword by author Koushun Takami. The BATTLE ROYALE SLAM BOOK presents an insightful collection of essays by some of the most important writers of popular fiction on the impact of the novel, related films and manga series on pop culture and the controversy and continuing social debate that has surrounded BATTLE ROYALE ever since its release. 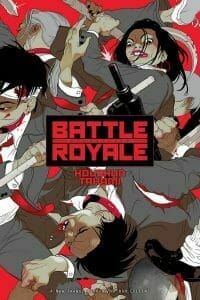 Koushun Takami’s notorious high-octane thriller is based on an irresistible premise: a class of junior high school students is taken to a deserted island where, as part of a ruthless authoritarian program, they are provided arms and forced to kill one another until only one survivor is left standing. Criticized as violent exploitation when first published in Japan—where it then proceeded to become a runaway best seller—Battle Royale is a Lord of the Flies for the 21st century, a potent allegory of what it means to be young and (barely) alive in a dog-eat-dog world. Made into a controversial hit movie of the same name, Battle Royale is already a contemporary Japanese pulp classic, now available in a new English-language translation. 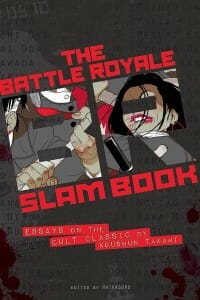 “BATTLE ROYALE: REMASTERED delivers a new translation of the cult classic the occasion of its 15th Anniversary and presents a prime opportunity to revisit this gripping story, or dive into it for the very first time,” says Haikasoru editor Nick Mamatas. “The BATTLE ROYALE SLAM BOOK is the first-ever English language release to examine the property’s cultural impact from an array of acclaimed writers. We invite readers to discover both of these riveting new releases from Haikasoru!”

Koushun Takami was born in 1969 in Amagasaki near Osaka and grew up in Kagawa Prefecture of Shikoku (the fourth largest island in Japan), where he currently resides. After graduating from Osaka University with a degree in literature, he worked for a newspaper company, Shikoku Shinbun, for five years, reporting on politics, police reports, and economics. Also, he attended Nihon University’s liberal arts correspondence-course program and acquired an English teaching certificate for junior high and high school.

Battle Royale, completed after Takami left the newspaper company, was his debut work and his only novel published so far. With its publication in Japan in 1999, it received widespread support and became a best seller.Battle Royale was serialized as a comic, made into a feature film in 2000, and has been translated into more than ten languages. Since its initial release, Battle Royale continues to be a cult favorite in Japan and internationally.

For more information these titles and the Haikasoru imprint, please visit the dedicated website atwww.haikasoru.com.