Viz Media announced that they will launch their release of Riichiro Inagaki’s Dr. Stone manga on September 4. The series, which will ship under Viz’s Shonen Jump imprint, will carry a per-volume price of $9.99 ($12.99 CAD). Volumes will ship to stores on a bimonthly basis.

DR. STONE is written by Riichiro Inagaki (EYESHIELD 21) with art by Boichi. The series is rated ‘T’ for Teens and will be published in print under the Shonen Jump imprint with an MSRP of $9.99 U.S. / $12.99 CAN. DR. STONE also launches digitally on September 4th via viz.com and the VIZ Manga App, as well as from the Nook, Kobo, Kindle, iBooks, comiXology, and Google Play stores. Future volumes of the series will be published on a bimonthly basis.

In DR. STONE, one fateful day all of humanity is suddenly turned to stone. Many millennia later, high school student Taiju frees himself from the petrification and finds himself surrounded by statues. The situation looks grim—until he runs into his science-loving friend Senku! Together they plan to restart civilization with the power of science!

For additional information on DR. STONE and other titles published by VIZ Media, please visit viz.com. 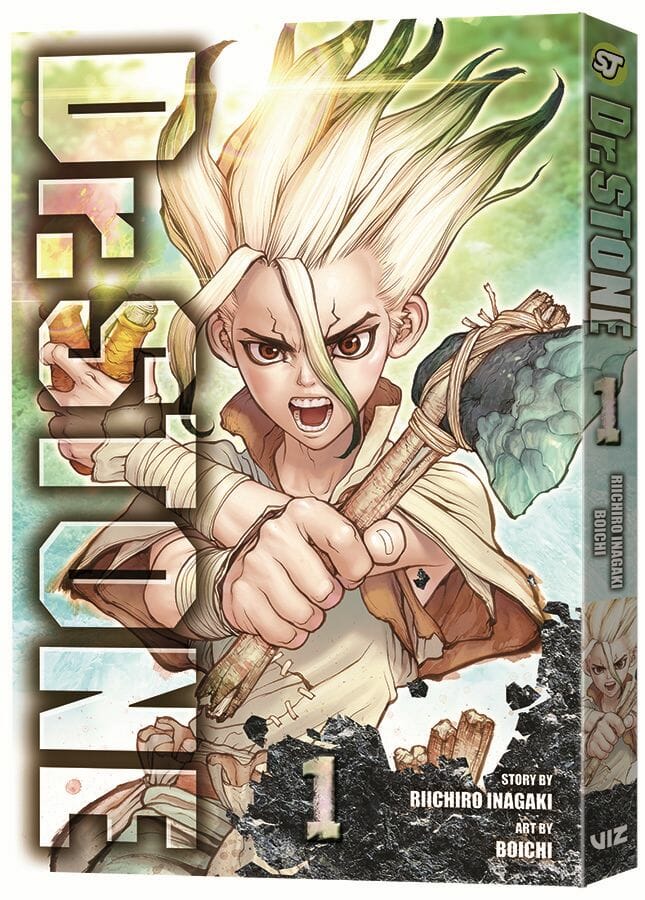