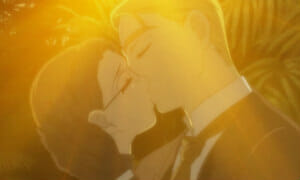 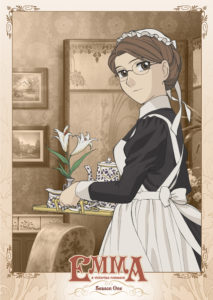 Emma: A Victorian Romance is much like a good tea. The series offers a rich blend of romance and drama, given life by a wonderfully subtle sense of storytelling.  Beneath this, is a scandalous undertone, as the series makes comparisons between Victorian England’s working class and nobles.  The first season allows the series to simmer and gain a depth of flavor. The second goes down smooth and finishes strong, offering the viewer time to reflect on what, exactly, has transpired. Before we find ourselves too lost in metaphors, though, let us discuss the show’s highlights. In our case,it’s the characters.

At its core, Emma: A Victorian Romance revolves around the budding attraction between William Jones, the heir to a wealthy merchant family, and a poor yet beautiful maid named Emma. William is a naïve yet young man with good heart. He’ll do anything to gain the affections of the bookish Emma.

Emma, on the other hand, is quiet and withdrawn. She barely raises her eyes when speaking to others, and prefers to keep to her work. Though some of her attitude comes from years of service as a maid, harsh real life experiences have also left scars on her heart. 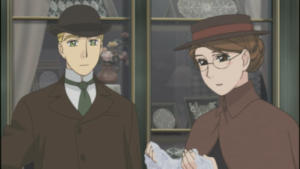 In an odd twist of fate, Emma’s mistress, Kelly Stowner who was also William’s governess. Ensured that Emma would receive a solid education. And though Emma would grow into an intelligent, capable woman, she would still remain fragile around others.

And then there’s Hakim Atawari. Hakim is an Indian prince and friend of William, who mainly exists as a form of comic relief, or as a means to pushing the plot along.  He radiates the aura of that college roommate you can never get rid of, right down to the fact that he hangs around at the Jones estate for months, doing little more than smoking and hanging out with his harem. 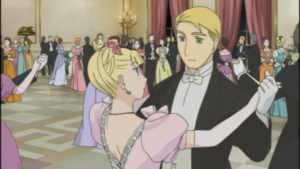 Emma: A Victorian Romance focuses heavily on British society, and the social norms that defined life in the Victorian era. William’s staring down an arranged marriage to the viscount’s beautiful daughter,  Eleanor Campbell. On the surface, it’s a perfect match: she’s young and attractive, and the two families stand to gain massively from the union. Still, William sees Eleanor as little more than a friend. His heart belongs to the quiet Emma, which understandably leaves the man torn. He desires Emma’s affections, but he also wants to maintain his position in the greater society. Or, to be blunt, William wants what’s good for the Jones household and his heart. This tears at William, but at the same time makes him interesting. He’s very human. He lies to himself just as much as he does to the people around him. He sneaks around, trying to avoid the backlash for his actions. 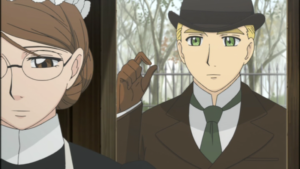 It would be remiss to ignore Emma, though. Emma, a tortured soul who is trying to understand where she fits in society. Is her love for William okay? Is there any way to embrace an identity outside of her life as a maid? She spends a lot of time confronting her past and ultimately deciding to push forward.I believe her hesitation with accepting Willam is to protect him from the harshness of upper society.

The social dynamics seem to be ever-present throughout the show’s narrative. Everyone understands there is a class structure, and it is made very clear by every character introduced to the viewer. Much of the dialogue between characters has a subtle sense of sarcasm that’s simply stunning. It was always a sight to see when characters were openly insulted by the words veiled by the norms of social acceptability.

Visually, Emma charms audiences with a pleasant, soft art style colored by vibrant greens. And, much like the changing seasons, the colors seem to shift with each passing fancy or pressing event.

If there were one issue that I could point out with the series,  it would be the fact that viewers don’t see the effects of William’s actions, or how they affect society as a whole.  But this is a romance piece after all, just a simple tale of love in a complex society full of rules. If you’re the kind of viewer who would enjoy a slower paced anime with charming dialog, Emma just might be your cup of tea.