Legend of the Legendary Heroes 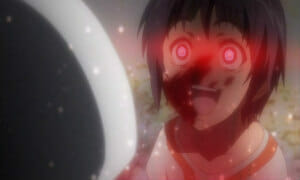 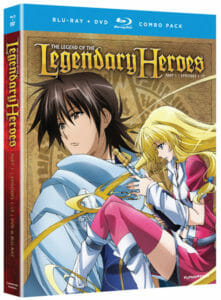 The Legend of the Legendary Heroes begins in the middle of the action. Spells blast the world asunder, and swords spark as they clash together. It’s a solid, if traditional start to any fantasy tale. Characters are introduced, but viewers won’t get a chance to really meet them until the dust settles and the plot leaps back in time before this battle.

The series revolves around Ryner Lute, a lazy albeit gifted student in the Roland Empire Royal Magician’s Academy. Lute commands the powerful alpha stigma, a talent which grants him the ability to instantly analyze various forms of magic. He’s on a mission with his bodyguard, handler, and eventual love interest Ferris Eris. Together, Ryner and Ferris search the land in the name of their king Sion Astal, seeking powerful hero relics and the best dango this side of the Roland Empire. Though their motivations seem simple, these traditional fantasy characters manage to elevate themselves beyond the second dimension. 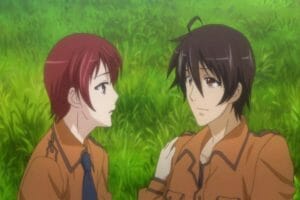 The Legend of the Legendary Heroes builds on its cast through generous amounts of flashbacks. Ryner in particular benefits from this exposure. While his generic slacker attitude would normally wear thin before long, the flashbacks show a much more layered character. They show an individual who’s afraid of his own power and wants everyone to live peacefully. The same goes for Ferris, who had a troubled childhood, which involved brutal combat training and a generally disturbing family life. With this in mind, it’s easy to see how she ended up so heavy-handed with people.I learned to love these characters through these flashbacks, which gave a window into the struggles they endured.

The cast is rounded out by Sion Astal, a friend of Luke’s who was born of a commoner but carries the blood of royalty. Much of the series is devoted to Astal’s rise to power and his hardships in trying to improve his kingdom. This creates an interesting character dynamic, as Astal attempts to balance his disdain for the general nobility while improving the lives of the peasantry. He works himself to exhaustion, and ultimately makes unwanted deals in search of the greater good.It’s a powerful trait, which feeds into a major theme of political reality versus idealistic desire. 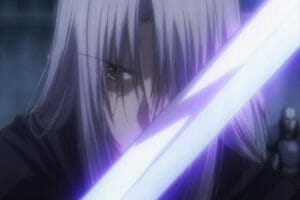 The manner in which The Legend of the Legendary Heroes portrays war is refreshing. The series paints war as a violent, horrific experience for the lower classes, who are used as little more than tools and currency of the nobility. In this violent and oppressive world live the bearers of the Alpha Stigma. They are innate users of magic who, when enraged, lose their senses in a berserker rage.

Despite the intriguing and well-woven backstories, the series sadly falls apart by the final arc.The last four episodes are a horrific travesty of lost potential. Characters’ personalities change for no reason, and time leaps forward to the point of leaving the viewer behind. I seriously thought I had missed episodes and went back to find them. The series even discards entire subplots that it had spent several episodes working on. Including a second romantic character who was hunting down Ryner Lute and the struggles she had faced to get there.

Everyone knows the anime industry is tough. Money and ratings can ruin a good show with a rushed finale. That said, if the series had a stronger ending four episodes before the finale, why even bother? It was a painful way to end a promising show. Fans who enjoyed The Legend of the Legendary Heroes can only hope for a full reboot in the near future. Until then, we are left with a very unsatisfying ending to an otherwise intriguing anime.