Sound of the Sky US Distributor: Nozomi Entertainment
Production Studio: A-1 Pictures
Was this provided by the publisher? Yes
More Info: Anime Planet 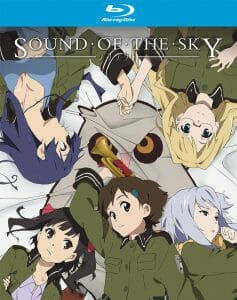 Sometimes, a show comes around that you’d be quick to dismiss or outright ignore at first glance. I’ll admit that, when I first heard of Sound of the Sky, I basically set it aside and didn’t really think about it until I caught the trailer on YouTube.  I was sold at that point; I decided to check the show out, and ordered the Litebox set from Right Stuf.

At the time, I really enjoyed Sound of the Sky. I liked the show so much, that I reviewed it for my own blog in August 2014. Having re-read it recently, I have to admit that it’s a bit boilerplate, so I am glad to have this chance to revisit the show on Blu-Ray.

Sound of the Sky revolves around Kanata Sorami, a young recruit and aspiring bugle player of the Helvetian Army, get sent to the town of Seize. It is here that the small 1121st Platoon makes its home in a base known as the Clock Tower Fortress.

Said platoon is made up of young women, roughly around Kanata’s age. There’s Filica, the “Team Mom”; Kureha, the tsundere military brat; Noël, the sleepy and stoic pilot; and Rio, the strict senpai Master Sergeant. 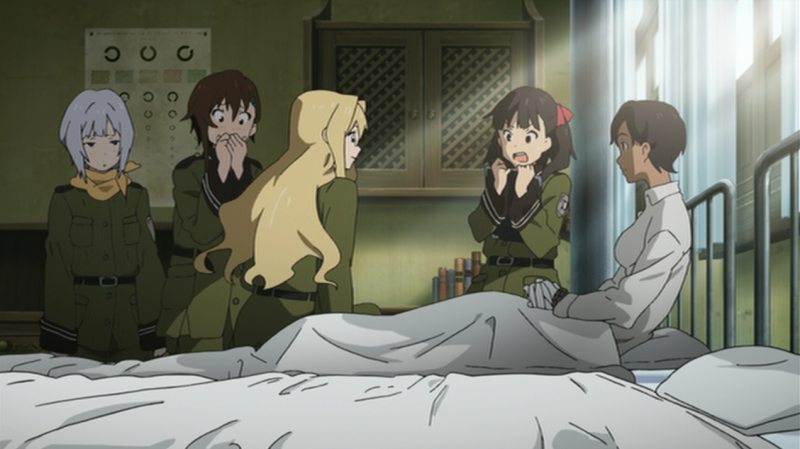 From the description so far, I wouldn’t blame anyone for thinking that this is yet another girls’ club show, albeit set against the backdrop of a tense pseudo-modern European military setting. Despite its trappings, though, Sound of the Sky manages to craft an experience that is truly compelling.

The show strikes a nice balance between episodic storytelling and story arc writing, giving the viewer a chance to explore the backgrounds of the main cast, and how those events  shaped them in the present. On a base level, though, it’s about Kanata. Much of the focus is set on her life with the platoon. Her adventures with the crew, both around the fortress and in town, provide the main drive, as a larger story plays out in the background. Specifically, the girls’ tales are set against the backdrop of peace talks between the Helvetian Nation and the Roman Empire, with both sides tensely making sure war doesn’t break out again. Each of the girls has a connection to the past war, be it directly with Filica, Rio and Noel, or indirectly in the cases of Kureha and Kanata. 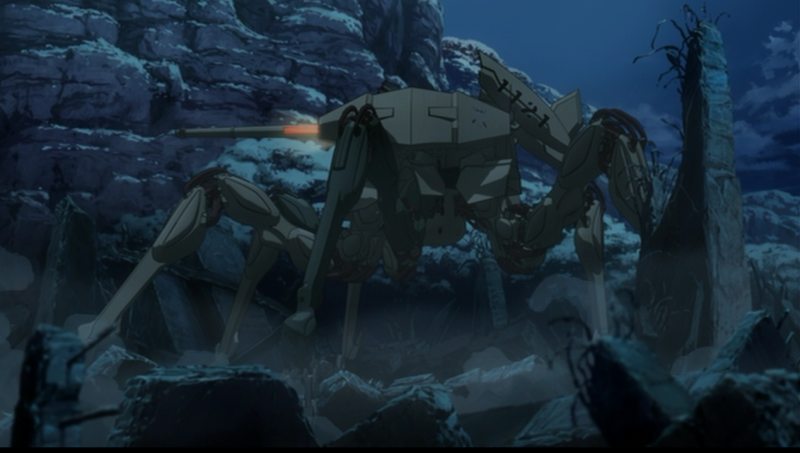 The war, the military, all of these trappings provide context, highlighting the fact that the world of Sound of the Sky is literally dying. Apparently, a past catastrophe rocked the land, causing it to slowly morph into a barren wasteland. The town of Seize sits right on the edge, at the razor-sharp end of civilization. It’s easy to forget this, as the town and fortress both carry the look and feel of interwar, 20th Century Europe (1920s-1930s).

Mentions of this wider world seep in through the narrative, though, coloring its lighthearted moments with a stark bleakness.  Yet, despite this, Kanata and the girls strive to find hope and optimism in such dire times. 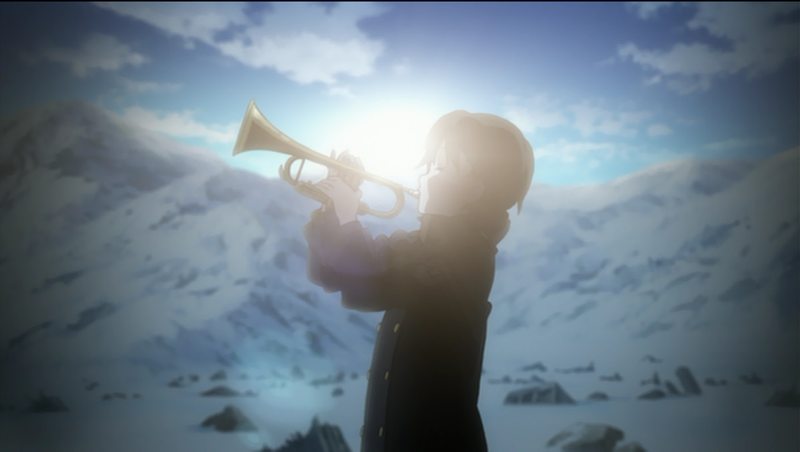 Since Kanata is a musician first and foremost, one would expect music and songs to play heavily into Sound of the Sky’s plot. Well, song, really: Amazing Grace, a hymn that many have likely sung in Christian church services.  John Newton, who once worked in the Atlantic Slave Trade, wrote the song after realizing how terrible that venture was, and sought forgiveness through sung verse. With this in mind, Sound of the Sky uses the song to highlight another major theme that runs throughout its episodes: forgiveness and redemption. Some of the girls have prior damage from their pasts, and seek to atone for it at some point over the course of the show. Indeed, the soundtrack by Michiru Oshima (one of my favorite anime composers) is an excellent treat to listen to. I am big fan of full orchestral music scores and Oshima really taps into a slight late Romantic styling with the background music, reflecting the mood of the piece quite nicely. One part that struck me was a moment where the trumpet solo of Amazing Grace gets transformed into a full orchestral version which was just dazzling.

Overall, Sound of the Sky is an amazing, if underrated series. It walks the line between light and heavy, blending the comfort of a slice-of-life show with the grim costs of war and inevitable destruction to produce something special.  The series tells a tale of coming to terms with one’s past, and living with hope for a brighter tomorrow, even against the most impossible odds. It was a delight to revisit this title, as I was able to take a closer look at the work, and re-examine what made it work so well. 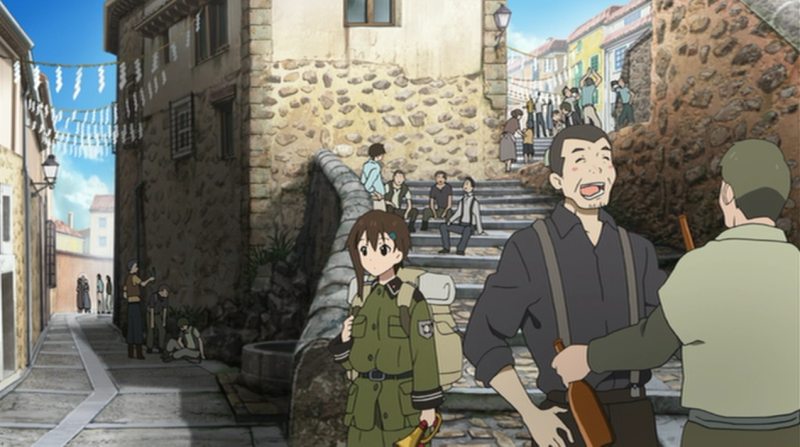