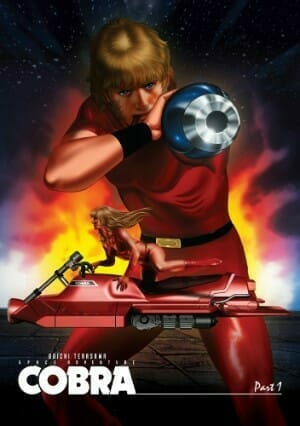 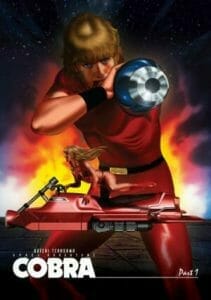 Sometimes, a guy just needs to get away from it all. The pressures of life, job, and society as a whole are often enough to drive people to just want to escape from their routines. While those that find a way out relish their new-found freedom, it doesn’t take long until yearnings for the old life begin to stir within. This urge, this disdain for the peaceful, is the spark that sets the events of Space Adventure Cobra into motion. The yearning to return to one’s former way of life, pushes a man into an adventure that crosses the vast expanses of the galaxy.

Space Adventure Cobra revolves around the infamous pirate Cobra, whose interstellar exploits made up the stuff of legends. He traveled across the many planets of the cosmos in search of treasures untold, and he wielded a mysterious weapon known only as the “psycho gun,” which was a laser rifle built into his arm. Together, with his partner Lady Armaroid, Cobra would become the most feared figure in the galaxy, going as far as to push the pirates to band together into a guild that would make it their mission to take him down. He had it all: good looks, a sexy robot sidekick, and any woman he could ever desire.

Well, until he vanished.

Cobra, having grown tired of the chase and the guild, did what any sensible person would do: he surgically altered his appearance and erased his memories, to assume the quiet life of Johnson: an average office worker that lives with his plodding robotic buddy Ben. One day, Ben suggests that Johnson take in a Trip Movie: a special new attraction that plays with the subconscious, to take his mind off of the drudgery of office life. Little do the two know, though, that a simple day of leisure would be the push that sets off a domino effect, that causes Cobra to regain his memories while also re-igniting the search by the murderous pirate guild. With no other options available, Cobra reunites with his former partner, and the two set out on a journey across the cosmos in search of the lost treasure of legendary space pirate Captain Nelson. The only clue to its whereabouts exists in three young women: the Captain’s daughters, who’ve not seen each other since childhood.

It’s this journey that serves as the real driving force for the series. Cobra’s search for the late Captain Nelson’s treasure takes him across the cosmos, often into the most dangerous of locations. Whether it’s the bustling cities of desert planet Sid, or the galactic equivalent of Alcatraz, Cobra’s never more than a breath away from certain peril. Whenever he lands on a new planet, it’s not a matter of “if” stuff will hit the fan, it’s a matter of “when” and “how.” Whether it’s buxom bounty huntresses, psychic plant people, or even the golden marauder Crystal Bowie, Cobra has enough enemies to ensure that his Psycho Gun gets a workout.

The series is brought to life by a truly charming cast of characters. Cobra himself is a lovable rogue, that mixes James Bond’s smoothness, with Ryo Saeba’s love of the ladies. His laid back, devil-may-care attitude seems to ooze from his very being, expressing itself whenever possible, be it a slouching recline or Cobra’s signature smarmy smirk, which features a cigar proudly clenched between his teeth.

The rest of the cast, from Lady Armaroid, to Crystal Bowie, are presented with the same degree of care and affection. Every character, from the street-crawling thugs to Crystal Bowie is utterly brimming with personality. Everything, from their visual designs to their manner of speaking, are lovingly crafted to create a truly memorable cast. The villains are truly despicable, though they hide behind layers of intrigue. Similarly, the heroes of the tale will inspire even the most jaded of fans to cheer with their triumphs and feel for their own brushes with tragedy.

The universe the characters inhabit is given a similar sense of character, every location seems to exude a welcoming “lived-in” feeling. Cities on distant planets glimmer with under unknown skies. Ruins and prisons fester with traces of dinge and dirt. Even the local watering holes have their own unique flair, be it a full-on strip show in Sid, or swinging saloon doors on a desert planet. The show seems to thrive on this clean, consistent style that really sells the feeling of a planet-hopping adventure.

The show’s style is truly tied together, though, by a strong cinematic presentation. The show itself is lushly animated, with particularly strong showings in the show’s numerous action sequences. The fight choreography is top notch, filled with fantastic maneuvers and breathlessly close calls. At the same time, the stakes always feel high. No fight seems too one-sided, and there’s always a hint that something could go wrong at a moment’s notice.

Outside of battle, the show makes fantastic use of framing and color to deliver the tone of scenes, and the mood of a location. Wonderfully bold hues bathe the landscapes, and every set piece seems to have a wonderful, angular design that embodies the retro-future aesthetic. On an auditory level, the show stuns with a truly catchy soundtrack. Cobra’s score delivers a kinetic mix of jazzy tunes, funky riffs, and brassy trills that can sell any scene, be it an epic battle or an intimate conversation.

Cobra is a title that’s transcended the ages, and proves to be utterly delightful in this day and age. It revels in the thrill of adventure, with bombastic action, strong artistry, and sci-fi trappings that come together to create a truly fun space-jockey experience. It’s a strong addition to any fan’s library, especially for those looking to scratch the Star Wars or Firefly itch. 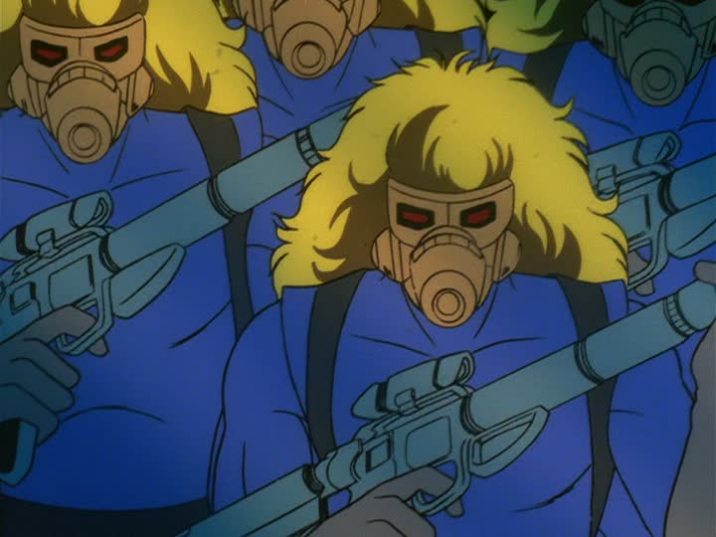 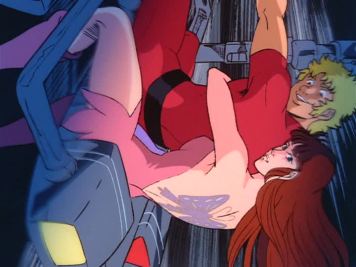 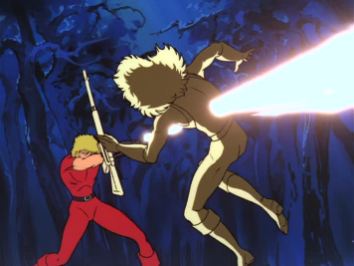 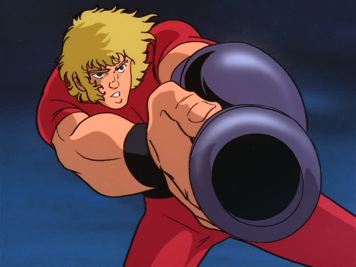 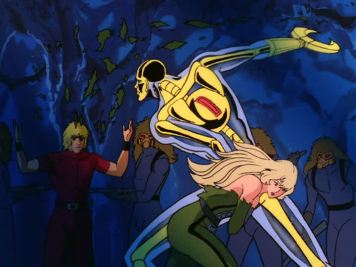 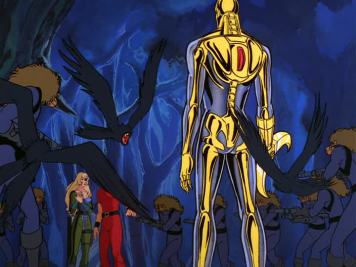 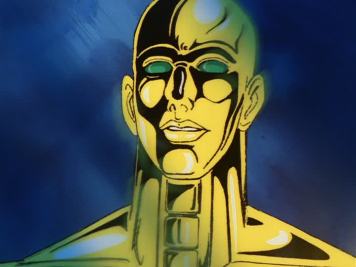 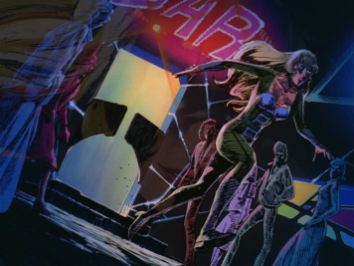 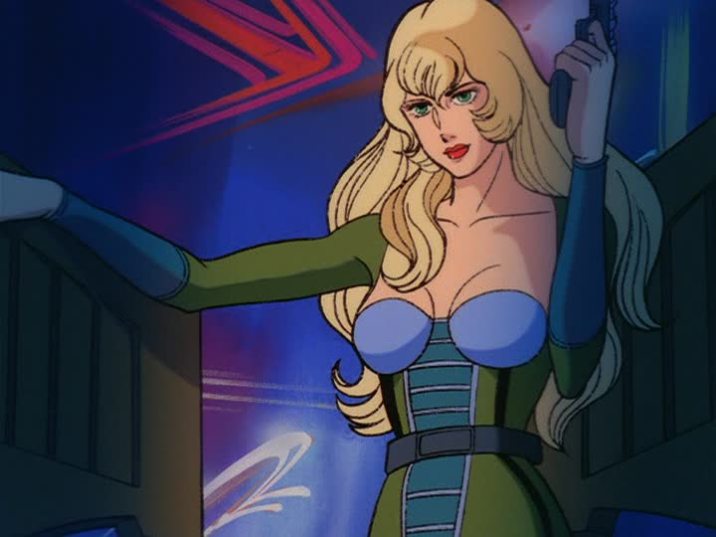 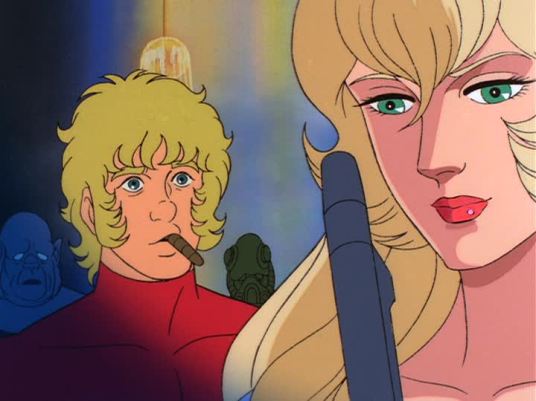 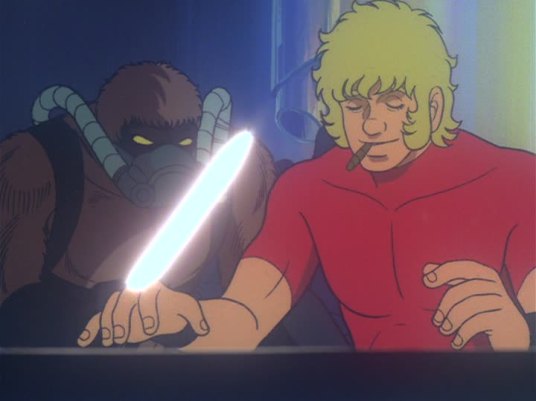 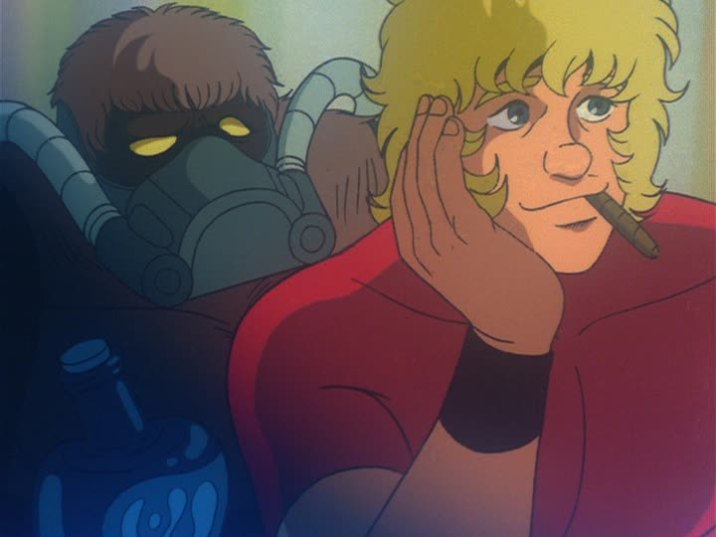 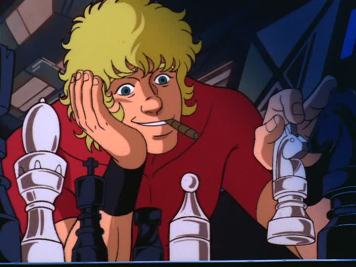 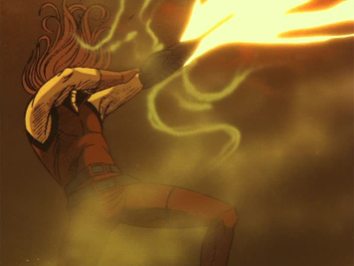 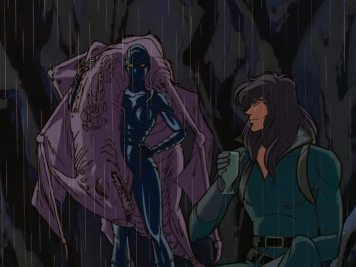 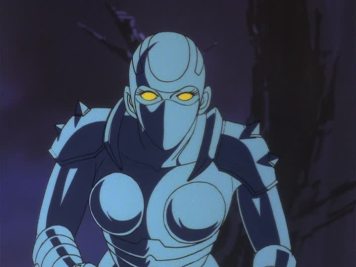 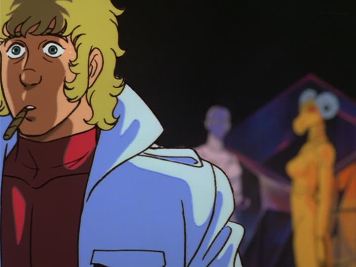 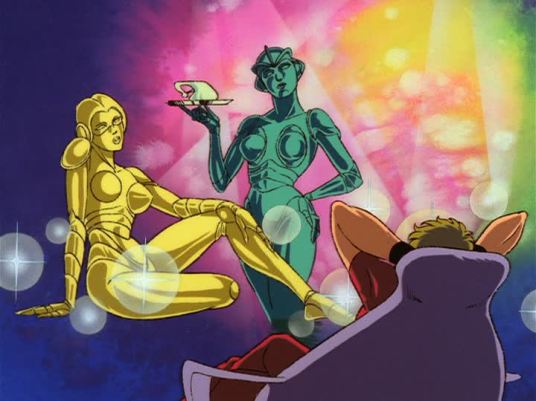 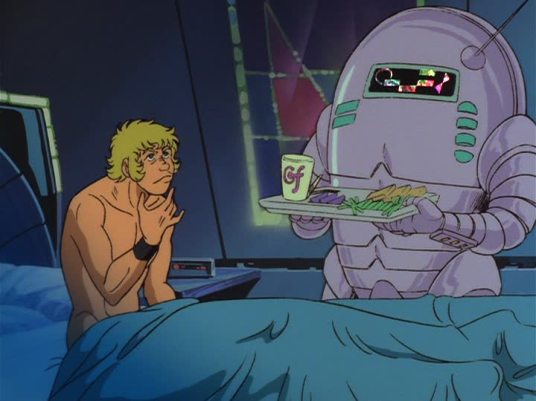