Tags: Christmas, guide
With Christmas only a few days away, it just seemed right to make a few comments on those potential last-minute gifts. After all, anime fans usually appreciate the gift of great anime, and are happy to spread that gift with their friends, their family, and those that surround them. However, giving a the gift of a bad show is never a great option. Thankfully, with FUNimation’s SAVEs, Bandai’s Anime Legends, and other discount product lines, there are tons of excellent titles to choose from, at prices as low at $10. So, in the spirit of last-minute gift giving, I’ve prepared a short list of sets that any fan would love to receive, but won’t break the bank.

Crest of the Stars: One of the greatest political and dramatic experiences to grace anime. It’s the first chapter of a grand, sweeping epic that spans planets, and covers numerous topics, from racism, to hate and imperialism. As the show’s twelve episodes progress, viewers are taken from deep space to Earth, and explore the lives of Abh princess Lafiel and human Jinto, as they try to survive in a desperate situation that seems destined to end in death. With a detailed, intricately-written plot, amazing characters, and slick animation, this one deserves a spot in every fan’s collection. -Retail price: $39.98

The Girl Who Leapt Through Time: Mamoru Hosoda’s film about a girl who discovers the ability to leap back in time is one that was passed over by a large number of fans. The film is visually stunning, and exhibits a subtle brilliance through its entirety, as it touches on the probing question of “What would you do if you could travel back in time?” -Retail price: $29.98
You’re Under Arrest!: A slice-of-life comedy that focuses on Tokyo’s finest… er… traffic officers. Life isn’t all writing tickets, though. Miyuki and Natsumi are a duo that are always on the beat, as they deal with costumed vigilantes, badass scooter-riding mamas, and even a twisted Saint Nick! Still, no matter what happens, a few laughs are sure to be had along the way. -Retail Price: $34.99 per set

Genshiken: Genshiken is a slice-of-life series that focuses on Sasahara, the newest entry to the Society for the Study of Visual Culture. If the name sounds cryptic, it’s just a fancy way of saying “they talk about anime and play video games.” As one can figure, this group comprises the biggest misfits in college, but that doesn’t matter. The friendship shared among the group, which is made up of anime geeks, cosplay fiends, and everything in-between, is the strongest bond around, despite repeated tests to such. As a bonus, this contains all three episodes of Kujibiki Unbalance – the TV series within the TV series. Suggested Price: $39.95 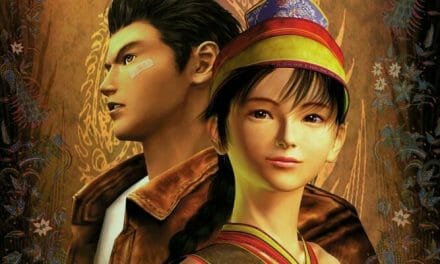