Earlier today, Navarre revealed that they sold FUNimation. The distributor was purchased by an investment group led by FUNimation founder, president, and CEO Gen Fukunaga in a cash transaction of $24 million. Through the sale, Navarre will continue to serve as FUNimation’s exclusive distributor in the United States, as well as the company’s logistics and fullfillment services provider.
While all of the details on the purchase haven’t surfaced, we’re already seeing a range of theories and emotional outbursts. Since the announcement, I’ve heard the every outlandish theory you can think of, from this being a “death dump” for FUNimation, to the purchase being an omen of a license grab for Sailor Moon. Frankly, all of this is outlandish. So, before I begin, I’d like to establish what is known:
On the surface, I don’t expect to see giant, sweeping changes from the get-go. The company’s day-to-day operations will continue as normal, and fans probably won’t notice a real difference. In the long run, the purchase will be a good thing for FUNimation, since they are no longer beholden to Navarre’s oversight.
What I find more fascinating isn’t the sale itself, but the terms in which it was closed. Those remember the anime industry in ’06 surely remember that Fukunaga originally sold FUNimation to Navarre for $100.4 million, plus 1.8 million shares of Navarre stock, and a $17 million performance bonus for meeting financial targets. So, through this purchase, Fukunaga still came out far on top, with a $93 million final take, after all expenses. On top of that, he still retains control of the company and maintains a positive relationship with its former owners.
I”m not sure if this is part of a sweetheart deal, or an accurate reflection of the market. However, the $24 million figure Fukunaga’s group paid is especially intriguing. In 2006, Sojitz paid a similar figure for 20% of ADV Films. In five short years, we’ve gone from $20 million buying a percentage of the second-largest player, to that figure buying the largest anime distributor in the US. This is especially telling in regards to just how much clout, how much overall size the greater industry has lost in both size and value since the bubble has burst. The company effectively lost 80% its original perceived value, at first glance. I’m a bit more curious about the six offers that Navarre was entertaining, though. I can’t help but wonder if the $24 million sale price was a bit discounted and tied into the distribution deal between Navarre and FUNimation. However, that’s something that is dead, over with, and probably won’t surface for some time to come.
FUNimation is on its own, once again. Hopefully, they can continue to remain a profitable entity going forward. In a bottomed-out economy, and a period of record unemployment, it’s a difficult time to set out on one’s own. At this point, all we can do is look forward and hope that the company can continue to thrive without the parent company. It will be an interesting spectacle, at the very least. 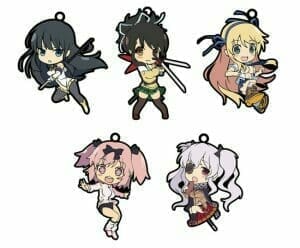