On Friday, Borders filed a motion for permission to sell nearly all of the company’s assets by July 29. The company stated that they would liquidate the chain as quickly as possible if Borders doesn’t secure both permission fromt he courts and a sales agreement from a buyer. Under the proposed agreement, Borders would name a bidder on July 1, as well as plans to complete a sale by July 29. According to the company, talks over the sale of the company gained “significant momentum in recent weeks.”

It appears that we’re approaching the end of a long, painful saga. Borders’s days are numbered, and the damage they’ve done is still being seen across the manga industry. And, even as they fade into oblivion, it is difficult to really find any positive to Borders’s demise.

As many know, brick and mortar stores account for a vast majority of manga sales. Industry representatives often go on record to confirm this point. In February, TOKYOPOP representatives confirmed this very fact on the company’s Facebook blog (defunct), as they issued the following statement:

…but the percentage of our sales that come through Amazon.com and other online retailers is a fraction of that of the brick-and-mortar stores. There are some notable exceptions … but the vast majority of sales come through physical retail stores, and if something disappears from the shelves, it becomes exponentially more difficult to hit our sales targets.

With this in mind, Borders has already shed over 200 stores and, with the current situation, will undoubtedly close its remaining locations in liquidation. This will lead to a general shrinking of available market space. At the same time, Borders has many unpaid liabilities that are owed to numerous publishers in the industry. In March, TOKYOPOP head Stu Levy cited these unpaid debts as a major factor in the company’s round of layoffs (prior to the general shuttering of the organization). In particular, Levy stated that “Borders, our biggest customer,went bankrupt, owed us a lot money, which they didn’t pay us, and as a result we are in a very challenging situation, and have had to react quickly to the situation. We did need to let a few people go, and it’s horrible for everyone involved to ever have to let people go.”

The entire situation continues to give me flashbacks to 2006, when Musicland filed for bankruptcy. Specifically speaking, Musicland shuttered a total of 800 stores, and left roughly $8.7 million in unpaid debts to American anime distributors. This is often cited as the single moment when the anime bubble burst. and the market began its tumble into a downswing that it is just now starting to recover from.

Things will absolutely get worse going forward. However, unlike the anime industry, the manga industry has had the benefit of years of technological advancement and alternate revenue streams. Manga titles now dot e-tailers, the Kindle Marketplace, the iPad, even Android phones. Hopefully, with the years of preparation and many (many) months of indicators that this would indeed occur, the industry has prepared itself to weather the coming storm. 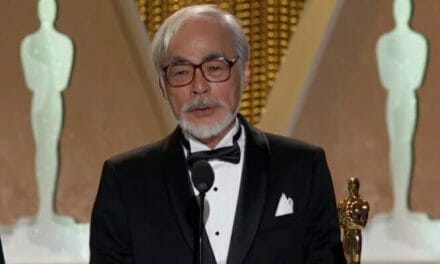 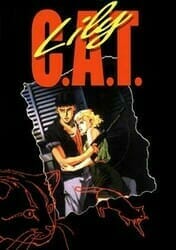 A Brief Word on a Sub-Niche: Discotek Acquires Five Classics