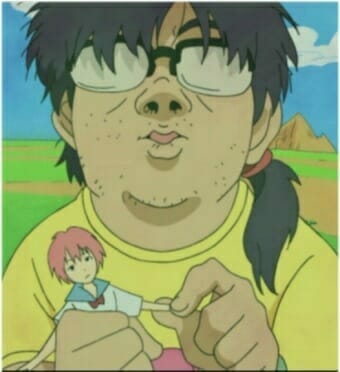 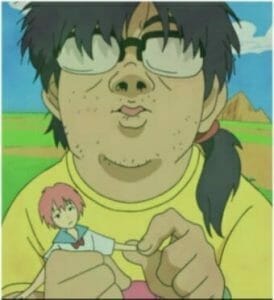 Earlier this week, the Washington Post presented an article on Otakon. We’ve seen these in the past. They’re usually puff pieces that explain what anime is, what cosplay is, and give a short background on what the convention in question is. They’ll usually make their rounds and ruffle few feathers before they fade into obscurity.

This piece, however, was different.

The Washington Post decided to dwell on something that anime fans in general have known about, but turned a blind eye to over the years: the perverts. That creepy, scary minority that tends to creep up in every convention. The article pulled particularly selective, extra-damaging quotes, like “Otakon ‘is not a babysitting service.'” from Otakorp’s Jennifer Piro, or “I already have issues with going to cons and being the odd man out, and this guy has to make it just that much harder” from the Anime News Network forums. In addition, the piece is laden with pointed remarks like “Everywhere you looked, there were older girls dressed as little girls and little girls dressed as littler girls – and grown men taking photos of all of them. Sometimes, the men asked for hugs, too.”

Reactions to the piece have been negative among the subculture, as one would expect. “If you’re going to write propaganda, at least write it well,” quipped Dragon Con’s Jake Tarbox on the Anime Cons Mailing List. “I’m really pissed off that this one, incredibly isolated incident is getting so much press when I’ve spent those 10+ years seeing all the positive that these conventions do,” replied Zenkaikon’s Colette Fozard. Social media networks were similarly critical, with many claiming that WaPo is either out of touch, or borderline incompetent.

The author identified a magnificent Red Flag, that many within the culture automatically overlook or downplay. In particular, they locked in on a very real problem that’s become a stigma in everyday culture. “But every hobby has perverts!” one may interject. And this is, indeed true. However, that perversion hasn’t become a signature fo the medium, dear reader. These hobbies haven’t been consumed by visions of animated pornography, panty shots, and scantily-clad big-breasted women.

In particular, this stigma, and the fallout we’ve seen, is a direct failure of marketing. By this, I mean marketing by those in the industry, by media, and by the fans. Our lack of restraint, and even eagerness to find the creepiest aspects of the medium do us no favors. However, this is something that can be turned around, given enough effort. Those on the convention circuit have already done much to try to reverse this trend, with instructional courses aimed at parents, and recently, charity drives for the victims of the Japan quake.

Now, it falls upon us, the media, and the fans, to push our image forward. Anime fans have changed greatly in the past fifteen, hell, even the past five years. The basement dwellers and neckbeards of the past are giving way to a new generation, who don’t have many of the social hang-ups of the previous. However, with change, we must also be vigilant – there are indeed a lot of creepers in the hobby, which the media will latch on. It’s not our job to defend these folk – rather, it’s more prudent to cast them out. As isolated incidents, this can be done. Once the body begins rejecting these particularly nefarious elements, it is likely that we’ll see a growth in health, and a chance in perception from the outside.