Yesterday, Anime News Network reported that Dreamworks Entertainment entered an agreement to purchase Classic Media for $155 million. Upon completion of the purchase, Dreamworks will shoulder Classic’s currently-undisclosed debts. However, either company will be able to back out of the deal if a final agreement isn’t reached by October 20. In regards to the agreement, Dreamworks President and CFO stated the following:

Realistically speaking, I don’t see either party backing out of this agreement unless some sort of “poison pill” clause is embedded deeply into the purchase contract. Given that Dreamworks expects to complete the acquisition by the end of the quarter and both entities seem eager to proceed, I don’t doubt that the acquisition will be completed in short order.

“So, what does this have to do with anime?”

Very little, from my observations. Classic media holds ancillary rights to World Events Productions’ anime properties. The definition of such rights is as follows:

Ancillary right, in relation to entertainment law is a contractual agreement in which a percentage of the profits are received and derived from the sale of action figures, posters, CDs, books, T-shirts, etc. relating to a film or motion picture. 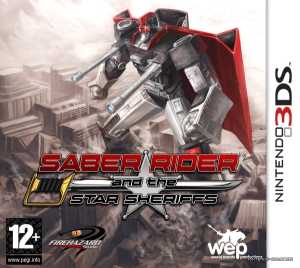 This is real. We’ll leave it at that.

So, basically, they hold the right to profit off of merchandise sales of World Events’s properties. So, those Voltron T-shirts at Target? They (presumably) pay a small royalty in exchange for the greater profits reaped from sales. Media Blasters’s Voltron DVD releases, or the upcoming Saber Rider and the Star Sheriffs 3DS game? They’ll collect a portion of the licensing fees. Other than that, the group doesn’t have much control. They can’t make new entries into the franchise nor can they commission spinoff content (novels, books, or the like). So, really, if we wanted to frame this in the lens of anime, we could say “Dreamworks will acquire the people who handle Voltron and Saber Rider’s merchandising.”

The more interesting story to take from the tenuous-at-best anime ties would be the fact that it allowed Saber Rider and the Star Sheriffs, a 1987 adaptation of Star Musketeer Bismark, entered the greater public discussion after over twenty years of dormancy. It was a product of its time that fell into abject obscurity after the show stopped airing. However, I certainly can’t resist posting video clips of giant space-robot cowboys fighting to rockin’ ’80s music, so please, do enjoy the opening to this currently marginally-relevant title:

Getting back to the topic at hand, it’s apparent that the rights to Voltron or an incredibly obscure show about space cowboys aren’t Dreamworks’s core interest. Classic Media is a highly profitable organization that posted $19 million in operating profits its last fiscal year. The company holds a number of properties that still resonate (and sell) within the greater market, which includes the following:

In short, Classic has a portfolio that would have a lot of marketers and distributors foaming at the mouth. These brands are incredibly powerful in today’s market, and are able to sell to a wide range of audiences. In particular, the Christmas specials are a cash cow, as they’re something that guarantees revenues every year through television licensing, DVD sales, and merchandise associated with them. Likewise, properties like Veggie Tales, Bullwinkle, and Where’s Waldo remain strong sellers at retail.

The real question that arises in this situation is “What will Dreamworks do with Classic Media?” With the properties they hold, Dreamworks could easily raid the properties, absorb the valuable employees, and phase Classic into the parent company. This would be an attractive proposition from a top-level perspective, since remakes of a number of these properties, especially those of the Christmas properties, Casper,and other would be safe investments for re-versioning.

On the other hand, they could allow the company to continue operations as they are, albeit with some oversight and guidance from Dreamworks to streamline operations. The company does have a knack for acquiring content that customers will line up to buy. Likewise, Classic is a profitable entity that, with Dreamworks’s legal muscle, can potentially sidestep certain parts of the licensing game. This potentially includes riders (less-profitable titles that publishers require a distributor to license along with a more sought-after product) and unbalanced royalty structures.

Personally, I’m of the mind that Dreamworks would be better served a combination of both option. By streamlining Classic’s operations and ensuring broader legal support, the company could increase its yields with new acquisitions. At the same time, Dreamworks could find value in leveraging a number of the more popular properties in the Classic library. As the Classic sub-division continues to release the original titles, Dreamworks would be free to remake and adapt titles for newer generations. In this regard, it would truly be win-win, as the older releases would build equity in the brand and generate new potential customers, ripe for Dreamworks’s newer theatrical releases.

This is merely speculation, as always. However, if Dreamworks does go with the hybrid approach, we could see a few truly interesting film projects going forward. Unfortunately, none of them would likely include giant, robotic space cowboys.

Oh, what the hell… one more for good measure! 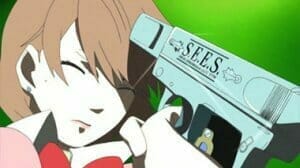 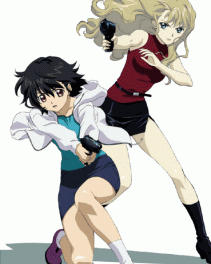 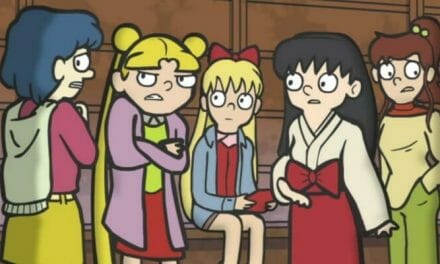