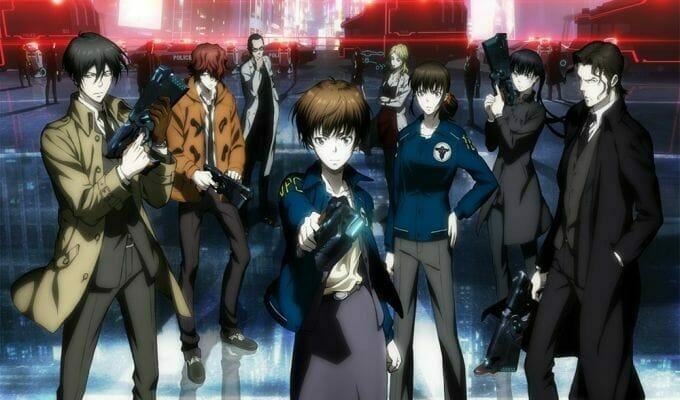 Well, this was certainly unexpected!

Earlier today, FUNimation announced that their dubs will be jumping to the next level. Much like with Space Dandy, the company will dub shows as they’re currently airing in Japan. The initiative, called the FUNimation Broadcast Dubs strategy, will be available exclusively to FUNimation subscribers.

CEO Gen Fukunaga commented on the program, saying that “We know that anime fans have a strong interest in English dubs, so we are doing everything we can to get them to the fans as soon as possible.”

Now, before we begin, I’d like to get the obvious nay-saying out of the way, so we can continue with the commentary> Does that sound good? Fantastic!

That said, this is huge news. 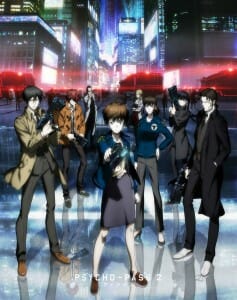 Psycho-Pass 2 will be one of the first titles released under the Broadcast Dubs initiative.

To dub a series on-schedule with the Japanese release is a gargantuan task. It requires a lot of work on everyone’s part, from the Japanese studios, to the publishers in North America. Time tables must be met, and it’s not unheard of for deliverables to reach networks just hours before a show is set to air. To pull it off is an amazing feat, for sure. Failure on one party, though, can lead to harsh consequences across the board.

The fact that Psycho Pass 2 and Laughing Under the Clouds are starting a few weeks into the season, in this light, is a sensible compromise. It removes the stress of the time constraints, while allowing FUNimation to produce and dub new content on a weekly basis. It creates a unique incentive for fans to subscribe to FUNimation’s premium service, and reaches a market that isn’t the typical target audience for popular streaming sites like Crunchyroll.

In short, this is a coup for FUNimation.

The Broadcast Dubs initiative creates a number of opportunities for FUNimation, both in logistical advantage and research potential.

On the technical note, Broadcast Dubs will allow FUNimation to bring their final products to market more quickly. As the core dubbing work would be completed, items like Blu-Rays could (theoretically, of course) be brought to stores more quickly. This would also give FUNimation an advantage in negotiation with networks like Adult Swim, since the company could feasibly leverage newer content, that’s still feeling the benefit of positive word of mouth.

For research potential, this creates a chance for FUNimation to really look at these early dubs to gauge customer reactions, before titles hit market. The company will undoubtedly receive strong feedback, be it in their forums, on social media, or through other avenues, regarding the quality of the dubs hitting the market. Complaints on casting, or even performances in specific scenes could be monitored, and used to improve a title before it hits market, and to enhance future releases going forward.

These are, of course, hypotheticals. At the moment, though, we can certainly say that this is a major development for FUNimation. I don’t see every title getting the Broadcast Dubs treatment, though major shows (and titles that FUNimation will undoubtedly release on disc) will be no-brainers.

There’s great potential in Broadcast Dubs. At this point, all we can really do is hope that the FUNimation will use this to really grow and evolve their dubbing process in the long-term. 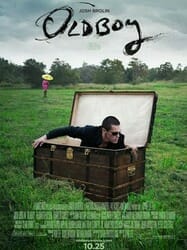 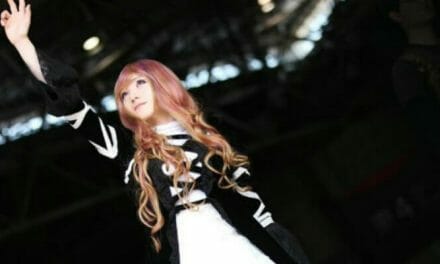