Tags: concert, end of the world, sekai no owari 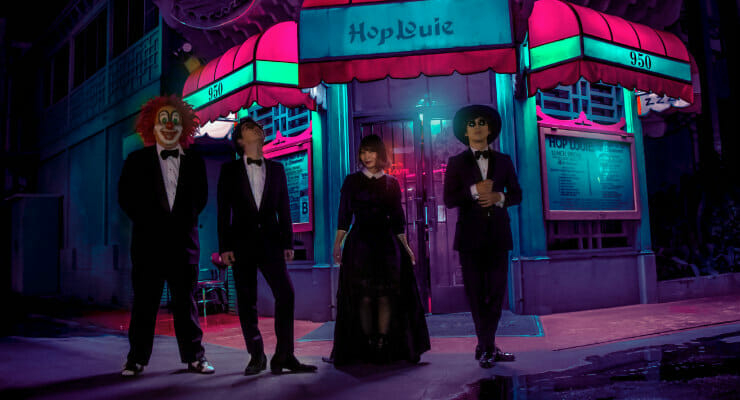 I had the opportunity to see Sekai no Owari (End of the World) perform live at The Bowery Ballroom. What I was expecting: These guys: 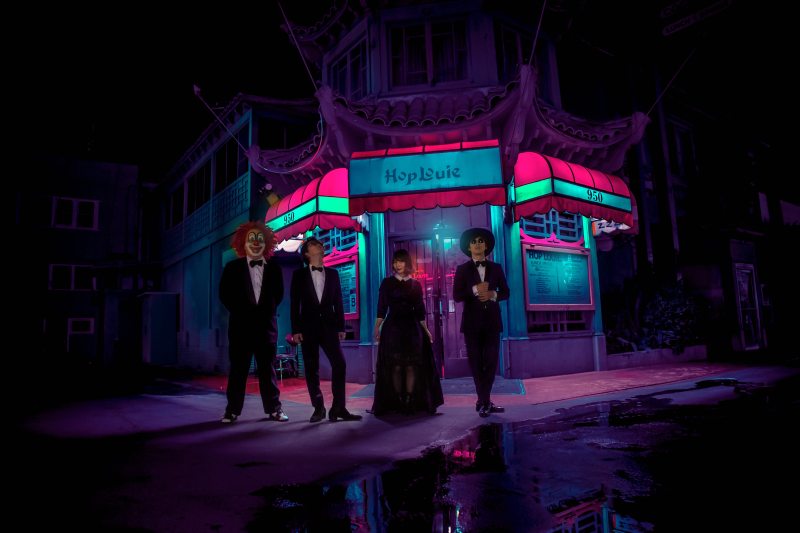 ©Sekai no Owari, Used with Permission

What I got in addition: These guys.

No one explained the tapirs to me and, frankly, I didn’t ask. Sometimes life is better with a little mystery.

Before the band took the stage, we were given an appropriate serenade via country music legend Skeeter Davis. It was a nice touch.

Sekai no Owari opened their act  with Anti-Hero. The crowd was into it immediately. The first big cheers went to Saori for a lovely piano solo. The next major cheers were for the birthday boy, DJ Love.

It took me a little while to pin down the visual style. The three male members of the band were dressed in tuxedos, while Saori was wearing a black evening dress. Normally they’re dressed more provocatively, but this wouldn’t have been out of place in a 1920s Harlem jazz club. 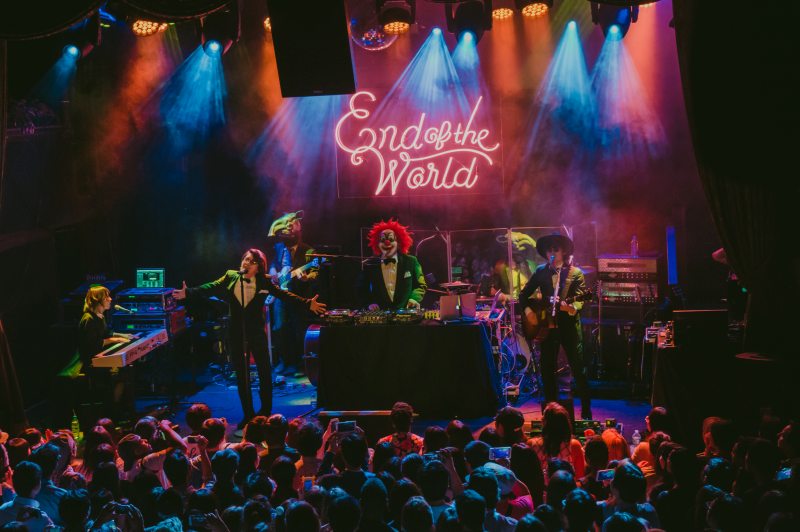 They followed up Anti-Hero with Monsoon Night. The brass intro went with the ‘20s jazz club vibe. There was a pretty cool strobe effect during the song.

Next on the set list was Dragon Night. This is where the crowd went nuts. Fukase shouting at the crowd to “Dance until the sunrise” was a nice touch. Afterwards DJ Love asked the crowd where to find the best pizza in New York. For those of you who are curious, the acknowledged king is Di Fara in Brooklyn. After Di Fara, you can make a case for Keste, Rubirosa, or the Sicilian pie at Spumoni Gardens. For a traditional New York pie, though, I’d recommend Grimaldi’s. As a general rule, go to places that sell pies, not slices.

After the brief break, the band played Starlight Parade. My major takeaway from seeing the song performed live is that DJ Love is a metronome. His timing was perfect, and the crowd picked up on that. The song finished with a cool electronic solo, which was followed up with Roller Skates. That was a bit of a palette cleanser heading into Question. Question is kind of an anomaly in Sekai no Owari’s cannon. It was originally a track called “Death’s Disco,” and formerly had a much faster and harder edge. I think I prefer the original version, which can be found on Tree. I wonder if they’ll eventually turn the English version into something similar to the Japanese original.

Sekai no Owari followed up Question with one of their lighter tracks, Holiday. That was a nice break before they brought out the big guns, starting with SOS. Three minutes into the song, the power went out. That was a cool effect to accentuate the music dropping. They put the spotlight on Saori, and she brought the song back to life. It was a great moment and the band pulled it off perfectly. After SOS, it was time for Mr. Heartache. I think we’ve all been there. By the way, I can assure you there is absolutely no symbolism in Saori appearing as a queen bee in that video. No symbolism whatsoever. Read nothing into it. 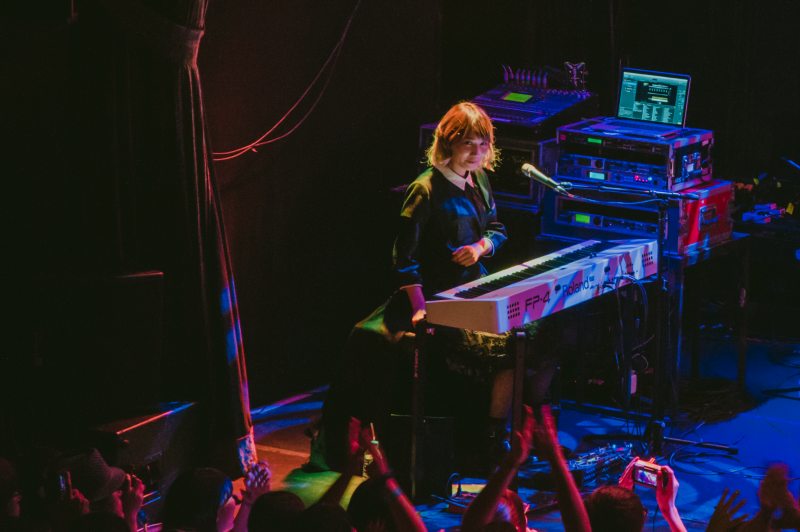 Mr. Heartache was the end of the set. The band left the stage, and the crowd chanted for an encore. At their LA concert at the Roxy, the band wasn’t prepared for the crowd to demand an encore. This time, though, they were ready and returned to perform a more aggressive version of Dragon Night. It was a great close, but the fact remains that ten songs (nine at the Roxy) is a very short concert . Prog rock bands like Yes and King Crimson could get away with that because their songs were absurdly long. The Dropkix were going to play two hours no matter what. Sekai no Owari finished their show in under an hour.  Actually, I’m pretty sure I shouldn’t call them Sekai no Owari. Nakajin referred to them as End of the World. 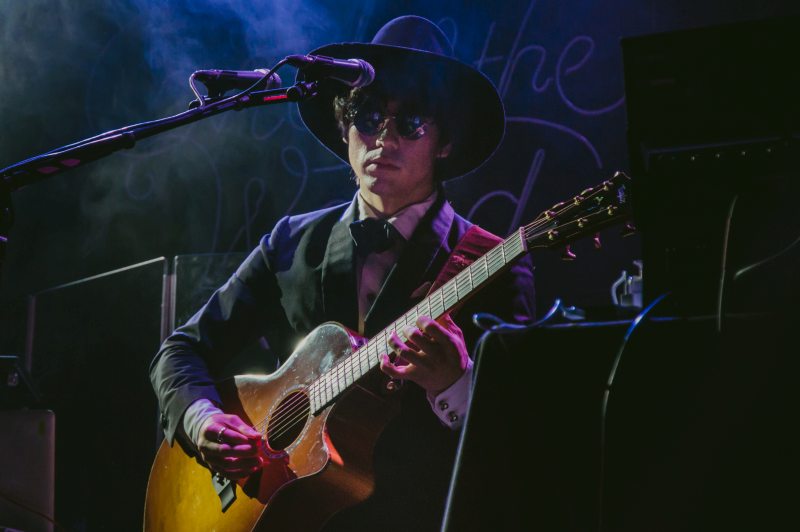 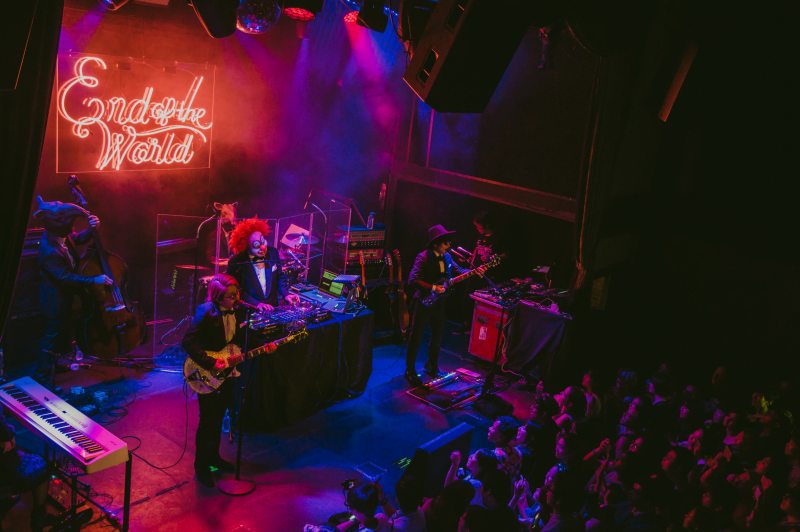 We might want to think of Sekai no Owari and End of the World as separate bands. Sekai no Owari is a Japanese band. They’ve paid their dues. They’ve had three successful albums. They’ve played Nippon Budokan and can sell out stadiums. Check out the size of the crowd in the Death’s Disco video. They have a YouTube video with over one-hundred million hits. They are one of the biggest and most popular bands in Japan. However, that isn’t enough for them, so they created a second band: End of the World.

End of the World is just starting out. They only have nine songs. Even so, they’re well known enough to get booked into the Roxy and the Bowery Ballroom. They’re working on their first album and are still trying to make it big. The fact that they refused to play RPG shows how serious the Sekai no Owari/End of the World divide is. It’s Sekai no Owari’s biggest hit, but there is no English version for End of the World to play.

What I’m trying to decide, though, is if this is a Dethklok/Thunderhorse situation. For those of you who are unfamiliar with Adult Swim show Metalocalypse, Dethklok is the biggest band in the show’s universe. Thunderhorse was a cover band of Dethklok, made up of the same members (although the guitarists switched roles). Eventually they tired of the grind, and went back to being Dethklok. Every song Sekai no Owari played was an English version of their original Japanese song. Question was changed a bit, but the rest are pretty much identical. I’m curious about whether End of the World is happy to be a Sekai no Owari cover band, or if they want to write original English songs. We’ll have to wait and see.

The concert may have been short, but it was excellent while it lasted. Saori showed her skills when given the opportunity. DJ Love was very impressive in person. The crowd enjoyed interacting with him. Nakajin excelled on SOS, but mostly let Fukase take the lead. Despite their appearance, the tapirs were quite good (Mike on the drums, Merlyn on the base). Fukase had total command of the audience. After the set finished, they all went to the front of the stage and shook hands with numerous fans. 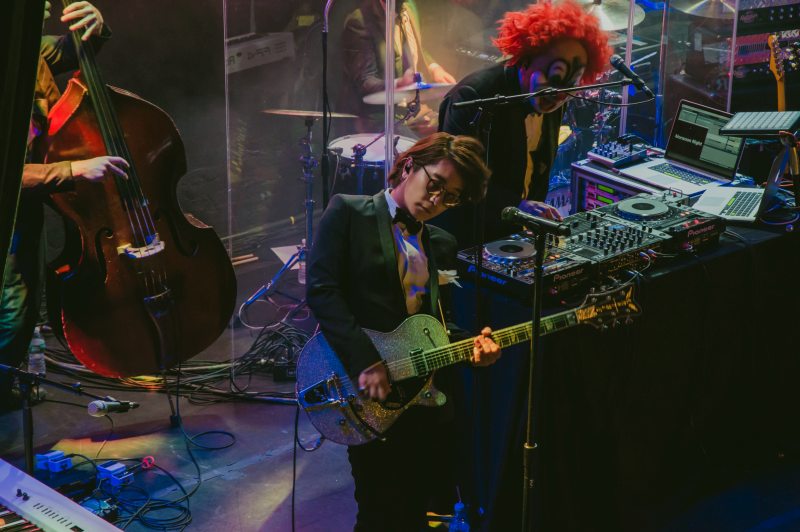 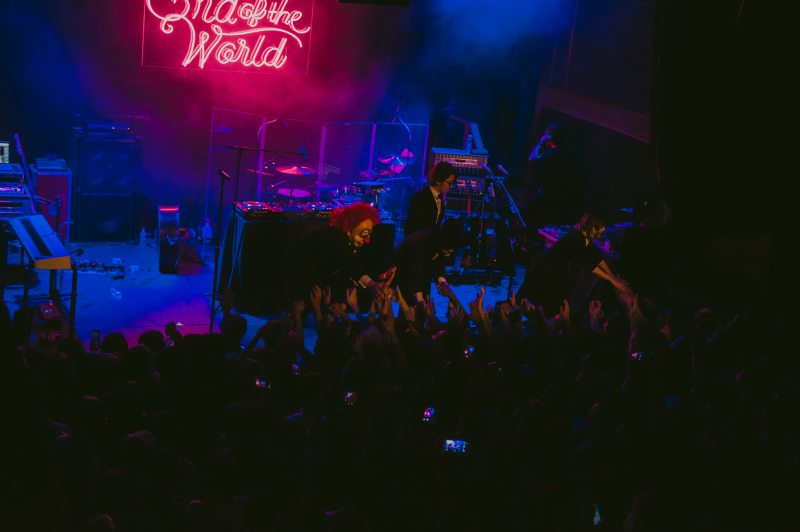 I was able to chat briefly with DJ Love after the show. I accused him of being Sweet Tooth from Twisted Metal. He denied the accusation, noting “That game was never released in Japan”. Interestingly, he isn’t the original DJ Love. This is a Dread Pirate Roberts situation. That said, though, don’t worry about the band mistreating the new guy. I saw him get shotgun when the band went home to their hotel. 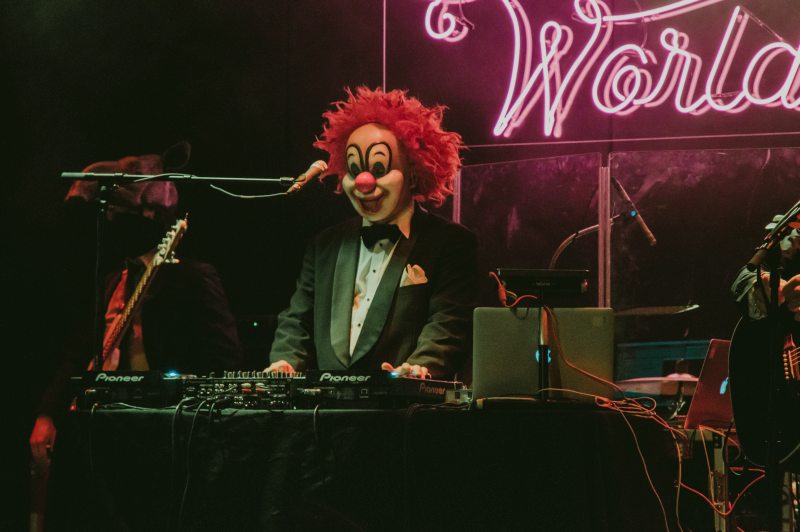 Sekai no Owari will be back on tour in Japan in January and February. End of the World will have an English language album out in 2017. I want to take a moment to appreciate this. It’s not that unusual for a French or a German band to release an album in English. It’s another thing entirely for a Japanese band to take this leap. It must have taken a staggering amount of work for the entire band to put this together.

All four members addressed the audience during the show. The fact that Sekai no Owari was able to create End of the World is an incredible feat, and I don’t want to take it for granted. Fukase in particular deserves credit for being able to become a lead singer in a second language. I look forward to the album and a potential return to the United States. 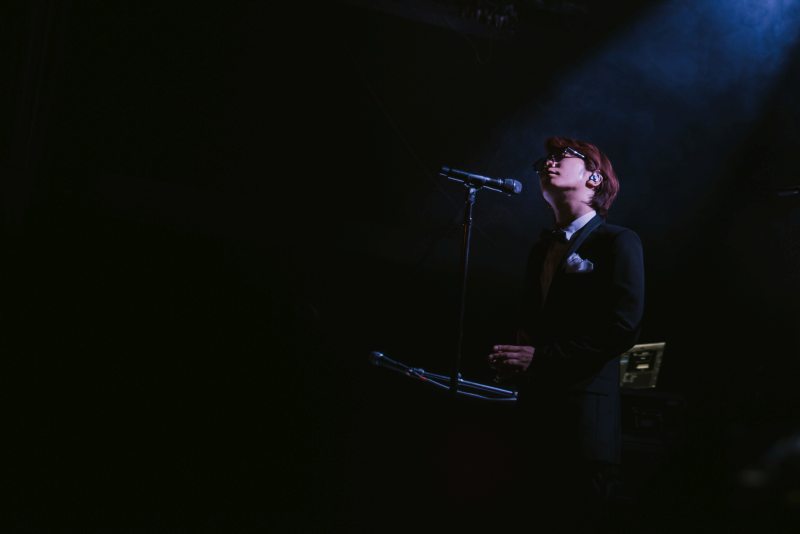 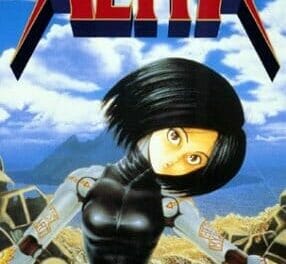 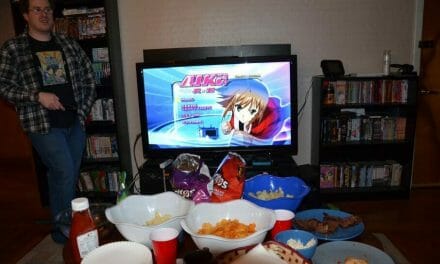 A Fine Line Between Exposure and Insanity