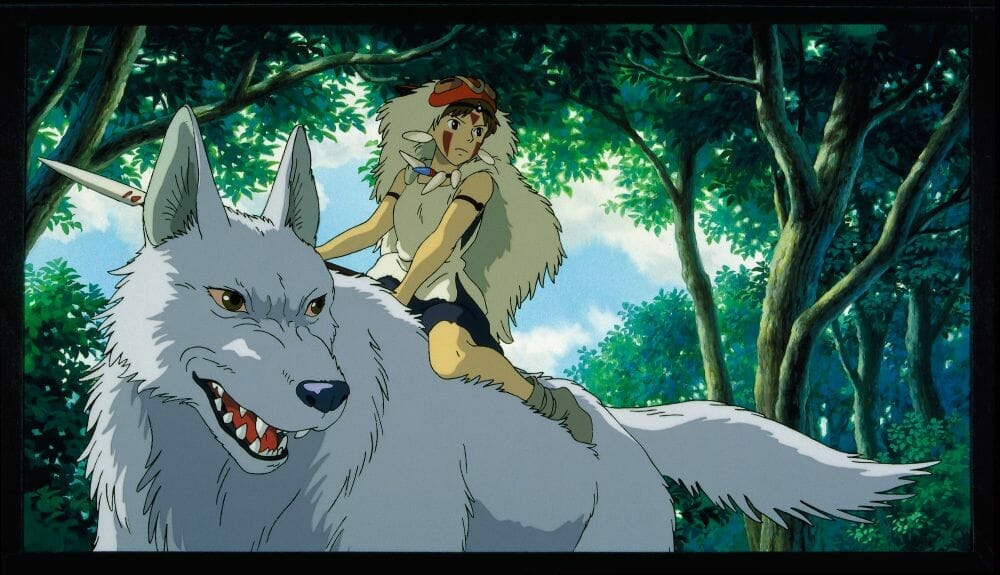 On July 22, Studio Ghibli’s Princess Mononoke will enchant fans across North America once more as it returns to theaters for a three-day event. The film, which was directed by living legend Hayao Miyazaki, originally hit theaters in 1997. Ashitaka’s journey through the lands of man and wild captivated viewers and won over critics across the globe. The feature would go on to win Best Picture in the 21st Japan Academy Awards.

Miyazaki’s talents breathe life into this epic tale of man versus nature. The movie transports viewers to feudal Muromachi, Japan, where warrior Ashitaka slays a demonic boar-god. Though he saves his village, Ashitaka is afflicted with a curse, which grants him immense power, though it’ll ultimately claim his life. To find a cure, the hero ventures west, deep into the hallowed depths of the Great Forest. It’s here, that he meets San, a girl who was raised by wolf-Gods who is waging war against the humans who inhabit the outpost of Iron Town. This strange girl, with blood-smeared lips and a wild gleam in her eye, stands as the last hope for a forest that is on the brink of destruction.

Enter by July 18 for a chance to win!