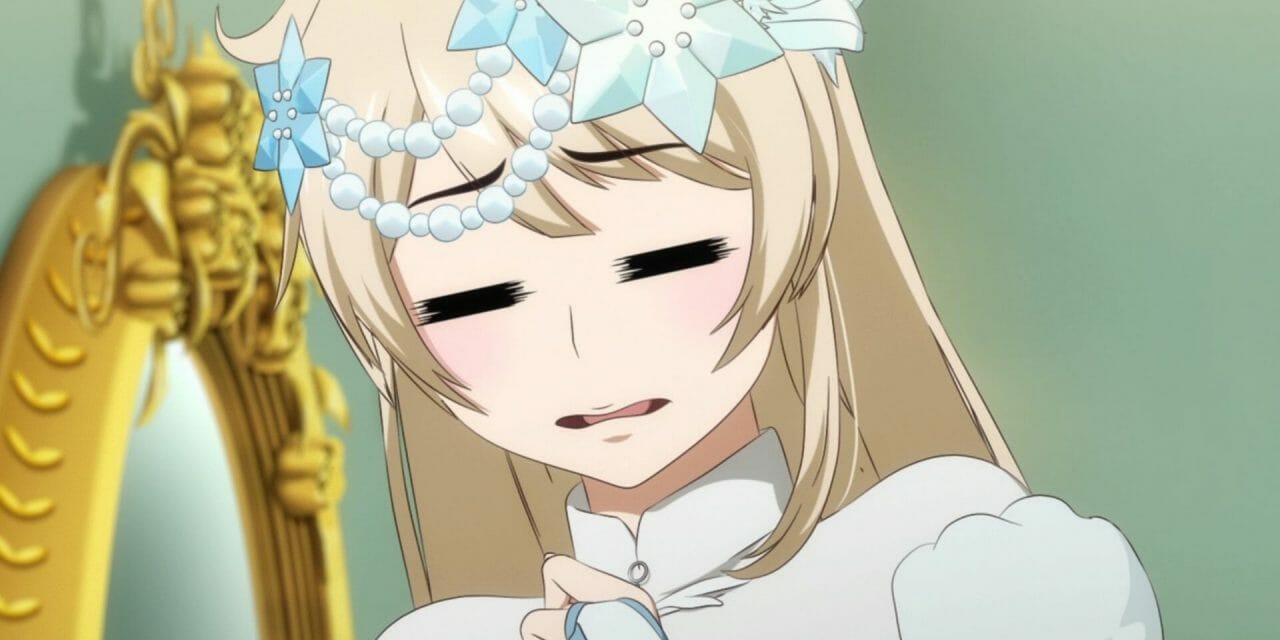 Samantha Ferreira: Tonight, we’re stepping away from the world of cyberpunk and into a world of psychic song girls and super robots as we discuss Sakura Wars (2019) the Animation’s first episode: “帝国華撃団、 参上!!” 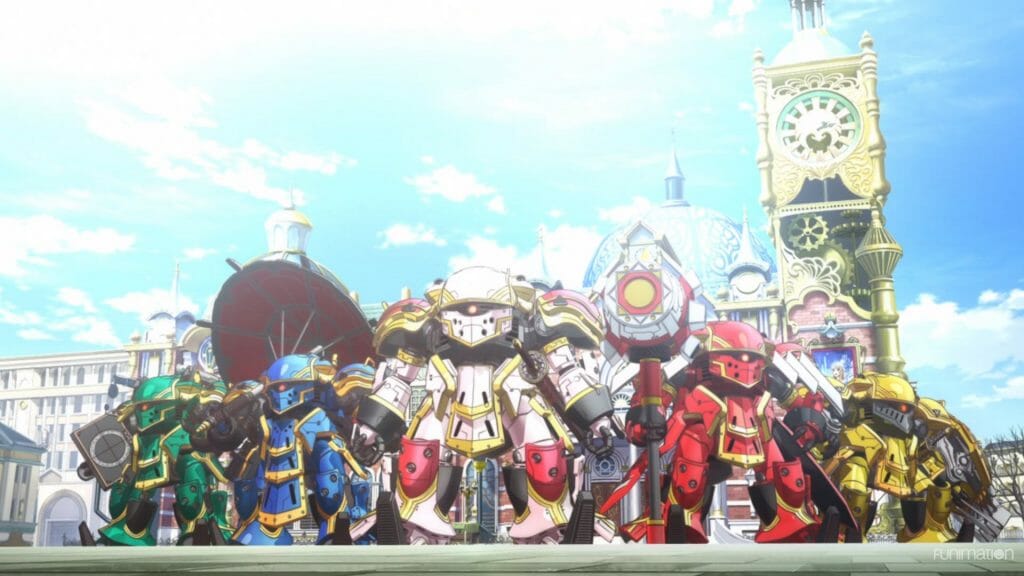 Anthony Simpson: I don’t have much experience with the Sakura Wars franchise as a whole.  I seen the anime that was released years ago that ADV/Sentai put out, and I played some Sakura Wars So Long My Love on the PS2.  So I was going in with an open mind on this one.

L.B. Bryant: Yeeeah, that was going to be my first real statement is that I really did not like the character animation in this first episode. Everyone looked so lifeless and dull.

Samantha Ferreira: Most weren’t, I think. The series was animated by Sanzigen, who also did the cutscenes for the game, as well as Fire Emblem: Three Houses

Personally, I didn’t mind it – while a bit stiffer than I’d have hoped, they generally nailed the look and feel, otherwise. The action sequences looked great, and some of the little character moments really did work well.

L.B. Bryant: I liked the action sequences but the scenes that were just the characters standing around and talking? It took some getting used to because the faces were mostly static except for occasional blinking. 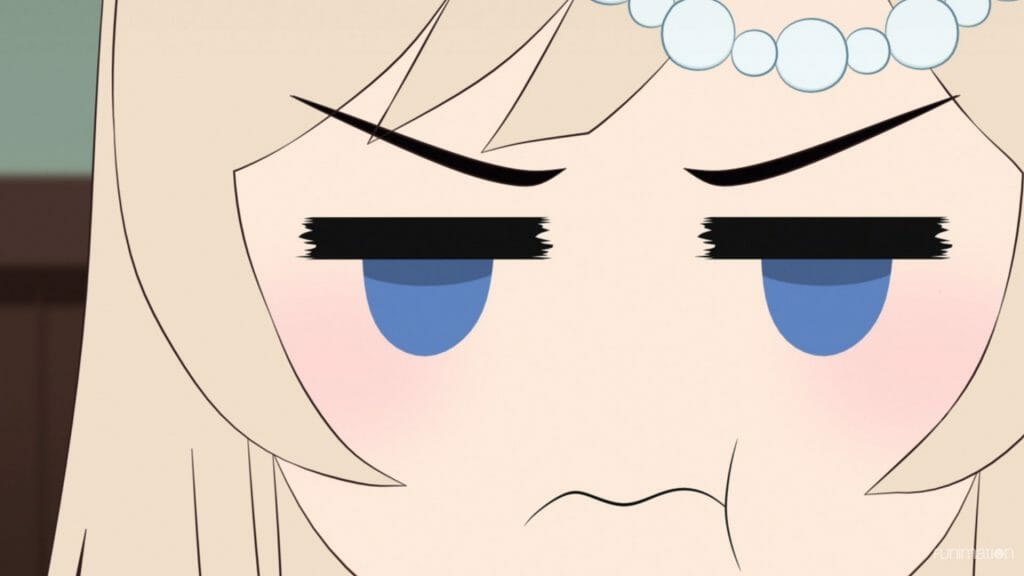 Anthony Simpson: I enjoyed the action sequences as well.  They looked great.

Samantha Ferreira: It definitely needed more moments like that part in the early episode where Hatsuho, Anastasia, Azami, and Claris were gossiping about Seijuro, while Sakura just sat there seething.

That said, I really did enjoy the cold open. They really started the series on a high note.

L.B. Bryant: I know that some people were worried about being able to follow the story since it ties into the video game that hasn’t been released yet but I didn’t have any issues following this episode.

Samantha Ferreira: Agreed. They gave enough to get people going: who the characters are, what they’re doing, but they didn’t get overly bogged down in the minutiae. 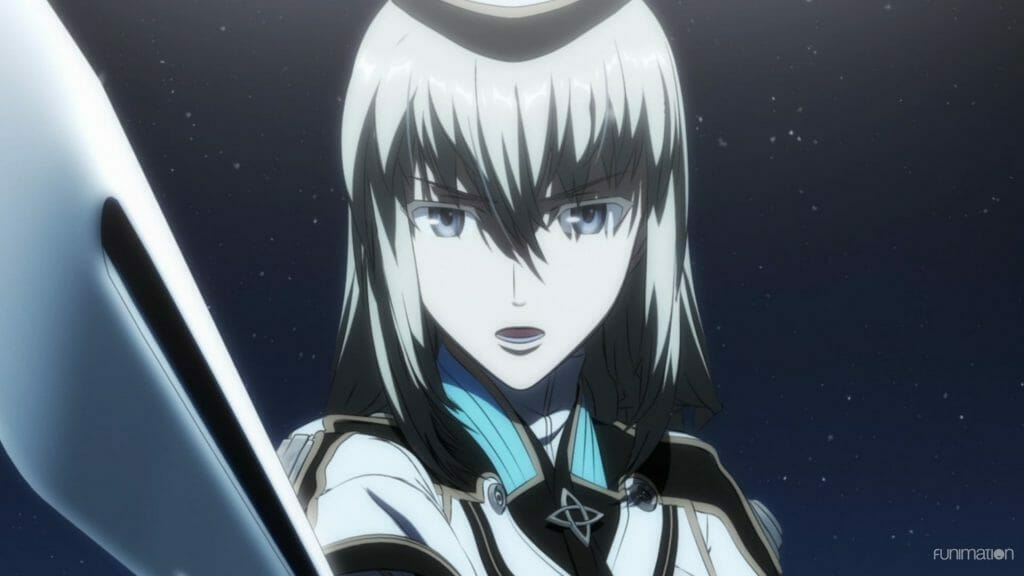 Anthony Simpson: That is one thing I was concerned about since I haven’t gotten the game yet since it is not out here in the US yet was how much of the new game someone needed to be familiar with it to get what was going in this new show.

L.B. Bryant: Speaking of lore… how awesome is it that they brought in Sumire Kanzaki to be the leader of the group?

They only referred to her as Sumire K. but I still really liked that.

Samantha Ferreira: Indeed. I’m so glad they managed to get Michie Tomizawa back to voice Sumire, too. She was a huge force in the original group, and it’s great to see she’s still kicking butt today 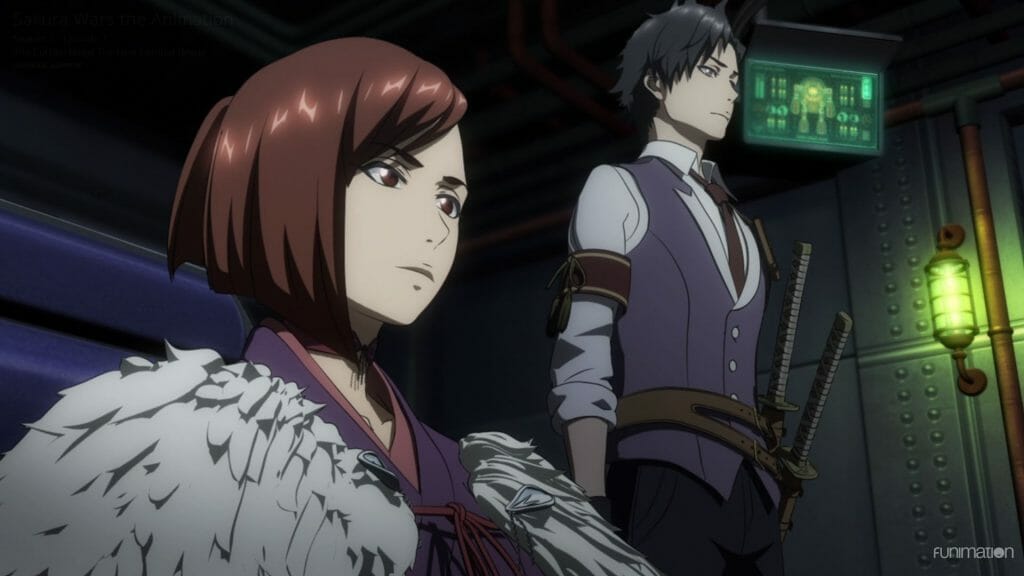 Samantha Ferreira: Anthony: That was my biggest fear, also: I mean, they could’ve easily just dropped people in like they did for the old OVAs, so I’m glad they were able to make something that had enough body for the veterans while being accessible for folks who probably never saw a Sakura Wars thing in their lives

That said, I’m curious to see what happens with the Mysterious Swordswoman (Not posting spoilers, there) and the new Greater Kouma. There’s definitely something brewing, here.

L.B. Bryant: I really liked that it started with two mysterious, possibly villainous figures rather than just one.

I’m now very curious about who both of them were and what side they’re on.

Anthony Simpson: I’m curious about that as well L.B on whose side they are on.

Samantha Ferreira: I want to know what their ties to the Russian Combat Revue and, more specifically, Klara are.

On another note: I am still liking the dynamic they started right with. Going back to the early moment – I liked how they kind of solidified that the series was following Sakura’s ending, and the others were none too happy about the situation. 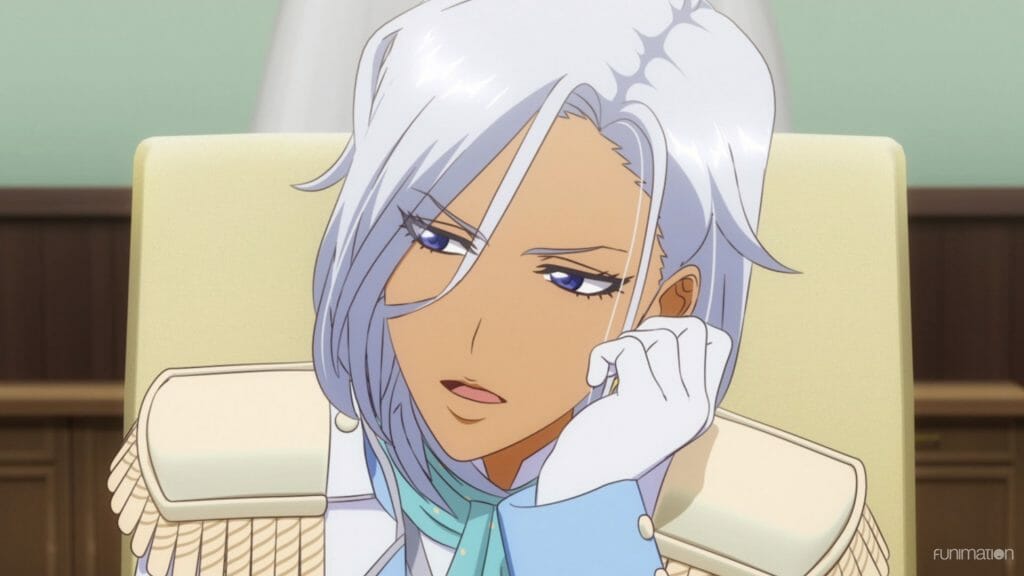 L.B. Bryant: I just naturally assumed that Sakura was the main character for some reason lol

Samantha Ferreira: She pretty much is, so far. She certainly got the most screen time. And she also got to play Elsa in their production of Frozen.

Anthony Simpson: I have to say enjoy the dynamics they started with as well.

Samantha Ferreira: Likewise. They really showed the best parts of each character, from Azami’s awkwardness to Hatsuho’s generally laid-back take on things, to Anastasia being, well… Anastasia.

I do hope we get more Kaoru and Ooba, though.  They only got a tiny bit of screentime, despite being such big and vibrant characters in their own right 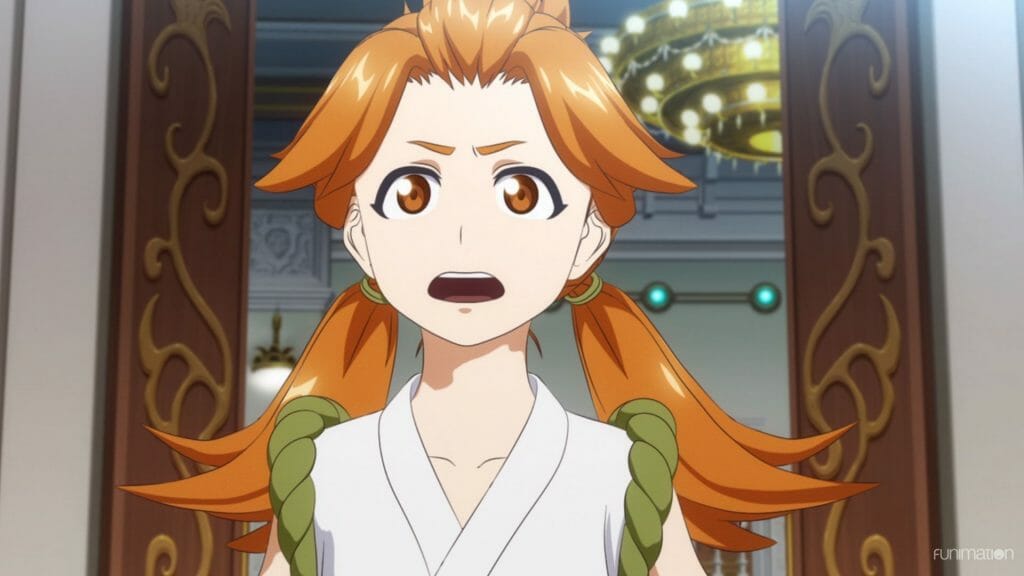 Anthony Simpson: I do hope for that as well.

Samantha Ferreira: And… yeah. At this point, I’m just glad it’s a strong start, really. The characters are represented well, the action is fantastic, the music is Kohei Tanaka at his best… there’s a lot to love, here, and it seems like a fantastic intro to the franchise

Anthony Simpson: I wasn’t sure how this first episode was going to be, but yea I enjoyed it.  I’m interested in seeing how this all plays out for the rest of the show.

Samantha Ferreira: Yeah… and I was, well… let’s be honest: I was in before the first trailer was shown, lol. But yeah. I can’t wait to see where this goes.

Anthony Simpson: I’m just curious to see how all this plays out now.

Samantha Ferreira: Likewise. They made a strong first impression, so here’s hoping they can keep it up.

Anyway, that’s all the time we have this week, so remember: If you liked this episode, Sakura Wars (2019) hits the PlayStation 4 worldwide on April 28! Have a great night

Anthony Simpson: Already got my pre-ordered. 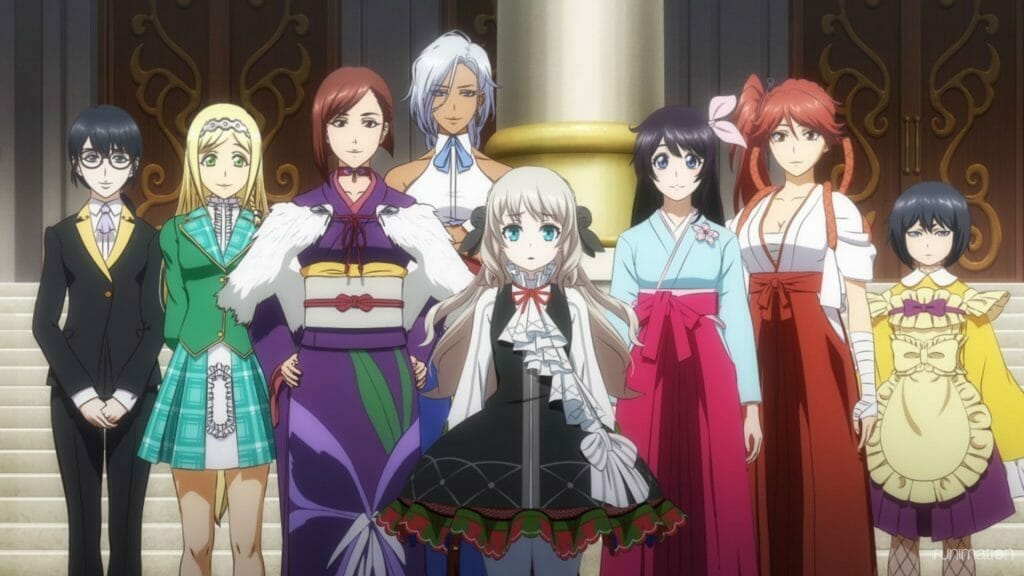 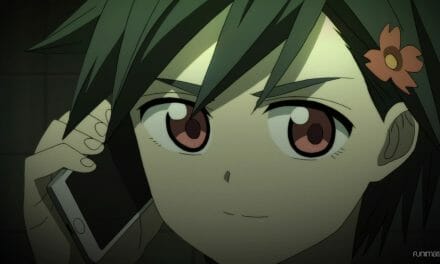 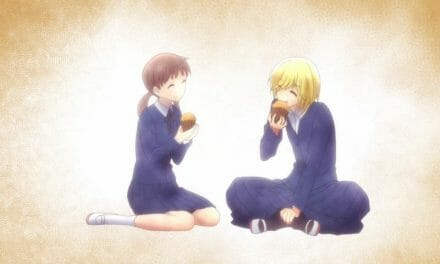