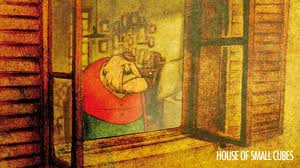 In Japan: Animator and professor Masahiro Katayama passed away in a Tokyo hospital due to pneumonia. Katayama was a prominent figure who served as the head of Group Ebisen, helped found the Tokyo Anime Fair, and served as an instructor for Oscar winner Kunio Kato, among many other achievements.

Edit: Katayama-san passed away on February 12, at 8:43PM. ANN only reported on the event on the 13th. I apologize for the miscommunication. -MF 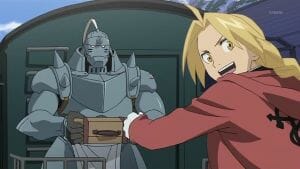 In America: Fullmetal Alchemist: Brotherhood began airing on Cartoon Network’s Adult Swim block, The episode hit the network at midnight, and download-to-own services like the PlayStation Nework and Zune Marketplace later in the day.

In America: Viz Media revealed that Marc Weidenbaum, the company’s VP of Original Publishing, left the company. Weisenbaum served as the editor-in-chief of both Shonen Jump and Shojo Beat magazines in addition to his leadership of the company’s original content initiative.

In Japan: Filmmaker Kon Ichikawa passed away at 1:55AM. He was 92. Ichikawa began his career at Toho’s Kyoto studio as a producer, scriptwriter, animator, and cinematographer. He moved onto live-action films after his first feature, a puppet-animated feature titled Musume Dojoji. In 1978, he returned to animation to direct the Phoenix: Chapter of Dawn and Galaxy Express 999 films. 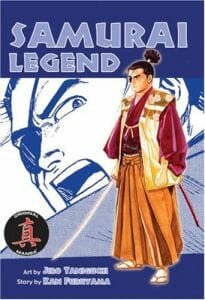 In America: Central Park Media announced that they would release their first “Japanese-style” manga. Their upcoming title, Samurai Legend by Kan Furuyama, would be the first of Central Park Media’s titles to read in the right-to-left format that is now standard.

In America: TOKYOPOP announced that they acquired the domestic rights to the Marmalade Boy and Brigadoon anime series.

In Japan: Former film producer Yoshinori Nishizaki was arrested over drug and weapon charges. Nishizaki voluntarily submitted two automatic rifles, 1,800 bullets, and 30 Howitzer shells after a handgun, 131 bullets, and 20 grams of stimulants were seized from his house. Nihizaki was the producer for the original Space Battleship Yamato TV series in 1977.

In Japan: The 20th episode of Sorcerer Hunters, The Boy Has Seen It, hit Japanese airwaves. 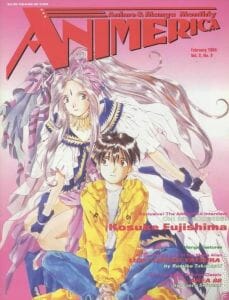 Oh My Goddess! was the cover for this month’s installment of Animerica.