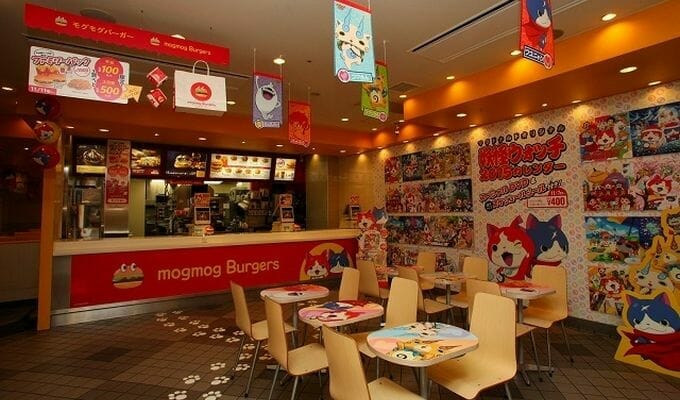 In Japan, Yokai Watch is kind of a thing.

The 3DS series, which spawned a mega-popular anime title, has been an absolute blessing for game developer Level-5. The newest game, which hit stores in July, absolutely dominated the sales charts for weeks after its release. Even now, with over 2.7 million sales, the game hovers in the top 10.

It’s spawned countless merchandise, from toys, to companion books, to designer watches, and special edition 3DS systems. And, at this point, the phenomenon shows no signs of stopping.

It should come as little surprise, then, that the Godfathers of the Happy Meal jumped onboard to promote the franchise in a big way.

In the Yokai Watch universe, the go-to fast food place is an incredibly familiar chain known as MogMog Burgers. And, as one would expect, it looks suspiciously like McDonald’s, right down to a totally not the golden arches “M” logo. The biggest difference between the two is that workers don’t seem to abhor the very presence of people after years of working at MogMog Burgers.

Joking aside, it really is quite familiar. 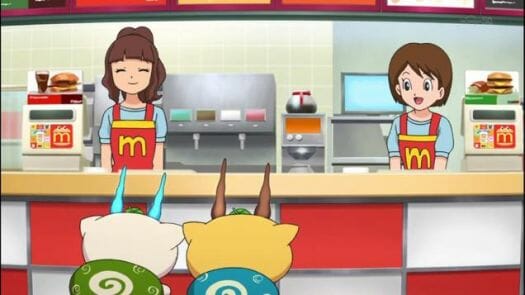 To promote their upcoming release of McDonalds’s limited edition Yokai Watch calendar, McDonald’s converted one of their Odaiba stores to a MogMog burger. All of the signage and displays (outside of the main sign) replaced the iconic McDonald’s logo with MogMog Burger’s branding, down to the building’s awnings. In addition, the walls were adorned with Yokai Watch artwork and wallpaper, while the furniture was plastered with character decals.

Even the food is packaged in Yokai Watch themed wrappers, from the Big Mac boxes to the take-out bags.

The result, to say lightly, is nothing short of incredible.

On top of the decor, the location is hosting a trivia quiz, in which fans can win a special DVD that contains episodes 1 and 25 of the popular anime series.

It’s a fantastic promotion that will work well for both Level-5 and McDonald’s. This is especially true, when one considers that the company’s recent Yokai Watch happy meals led to literal lines that stretched outside the store. 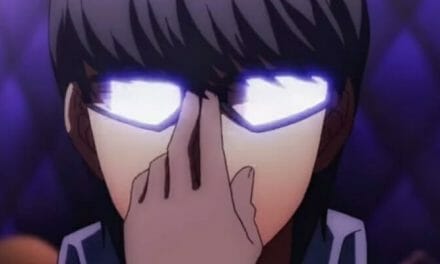 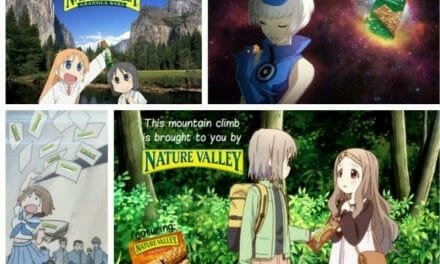