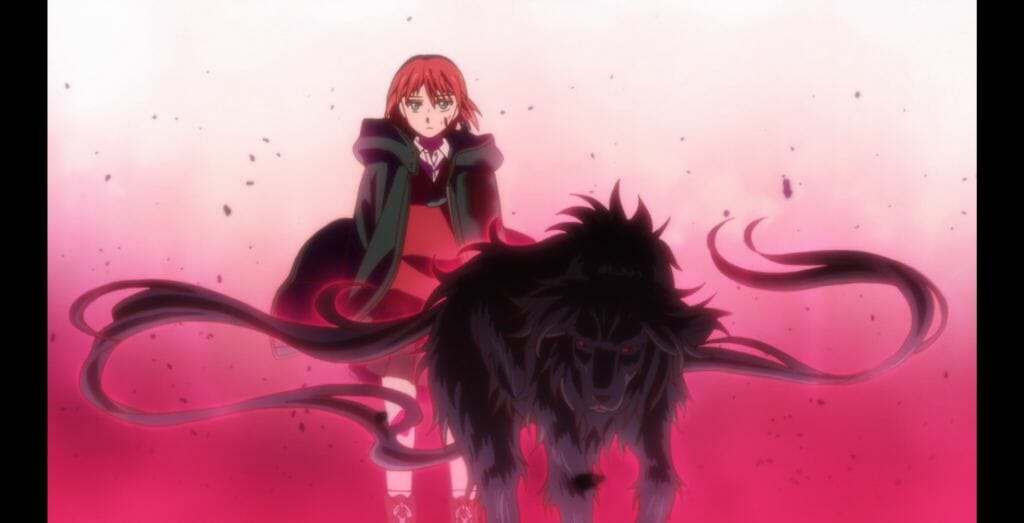 US Distributor: Funimation
Production Studio: WIT Studio
Was this provided by the publisher? No
More Info: Anime Planet

The Ancient Magus’ Bride captivated audiences when it first aired in the Fall 2017 season. Fans fell in love with this adaptation of Kore Yamazaki’s manga of the same name, and the world that it lay before them.

In the story, a fifteen-year-old girl named Chise Hatori volunteers to sell herself in a secret auction. It quickly becomes apparent that this is not a normal auction house and Chise is not a normal girl as she stands among rarities like fairy parts and dragons. As it turns out, Chise is a sleigh beggy: a special individual who is capable of seeing Ayakashi, spirits, and other forms of creatures which are normally invisible to the naked human eye.

The bidding for Chise is fast and furious. In the end, though, she is bought by a mysterious fae creature named Elias Ainsworth, who stands over six feet tall and has a skull for a head. As she’s taken back to his small cottage in England, Chise eventually learns that she was bought not only to be Elias’ apprentice, but also his future bride.

At this point, it’d be easy to dismiss this series as yet another pervy isekai series. After all, I just told you that the main male character straight-up buys a bride from an auction. To only focus on that, though, would make you miss one of the most beautiful dramas of the past two years. The Ancient Magus’ Bride isn’t a series that focuses solely on the bridal aspect. Instead, it takes the audience on a wild ride that delves deep into the histories of each character. It then proceeds to share what exactly makes them tick, and what brought them all together in the present. 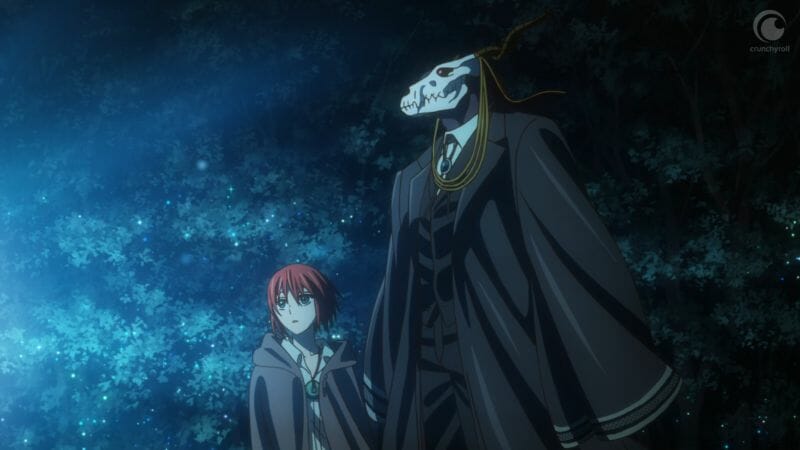 Chise, in particular, starts as a quiet and reserved girl. She’s a person who is willing to put herself on the auction block because she believes she has nothing else to live for. Elias, though, envisions a far different fate for the lass. In what’s possibly one of the most telling lines in the series, Elias explains that he didn’t buy a doll. Instead, Chise should be her own woman, who is free to express herself. From that moment on, Chise begins to slowly blossom into a mature young lady, as she meets Elias’ many friends from both the human and fae worlds.

And that’s where the wonderful drama comes in.

The Ancient Magus’ Bride isn’t a story that shies away from darker stories that will tug at the heartstrings. This becomes especially apparent in the show’s fourth episode, “Everything must have a beginning.” In this tale, Elias and Chise venture to a small building, where they are tasked with dispelling a viscous mass of dark energy. What they learn, though, is that the energy was created by a single man, whose drive to save his beloved led him to begin slaughtering cats without remorse. Despite the grim subject matter, it’s a tale that makes you really feel the love that these two shared for each other, in his willingness to do whatever it takes to save the girl from her ailment. I won’t begin to talk about the episode in which Chise meets her familiar, a Church Grim that she names Ruth. As his story plays out across the episode, it’s hard not to believe that someone is chopping onions right next to you.

In terms of production quality, the animation by Wit Studio (of Attack on Titan fame) looks absolutely stunning on Blu-ray. Crisp and clean, there wasn’t a single moment throughout these twelve episodes that didn’t make me feel like I was actually in the plains of England, the mountains of some far off land, or any of the other fantastic locales the show presents. Additionally, the set ends on one of the most wonderful pieces of sakuga I’ve had the pleasure of watching.

From the outset, it’s obvious that the music plays a big role in the storytelling. Composed by Junichi Matsumoto, the score behind this series sells scenes in a way that rivals on pure genius. This is before I include the brilliant vocal insert songs dotted throughout the show. Going back to the show’s fourth episode. The cat murder’s love is forced to imbibe the potion made primarily of cat blood. During the scene, the music, which hearkens back to classic horror film Psycho, really heightens the tension and emphasizes that she feels from stumbling across this devilish scene. 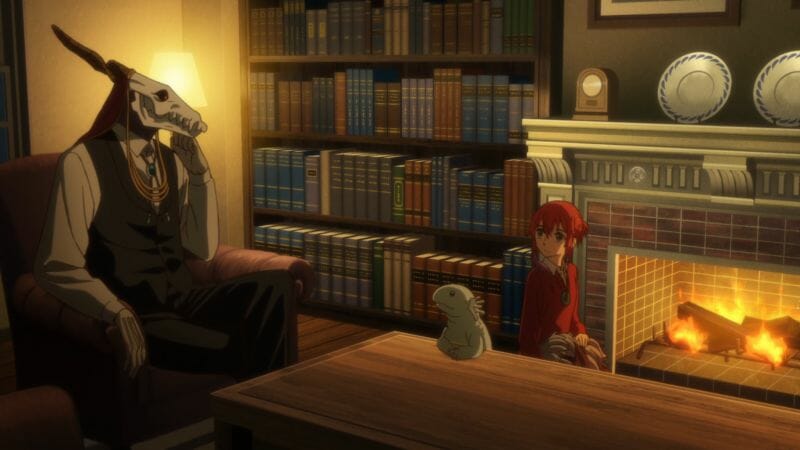 On the flip side, when Chise is relaxing around the house with Elias and their housekeeper Silver Lady, the music is calm and pleasant. It lends an atmosphere that makes it easy to imagine this family having that exact music playing on a phonograph somewhere in the cottage.

On the extras front, Funimation certainly did not skimp! The Limited Edition of the release includes an art book (that is packed with spoilers, fair warning) that defines certain terms and provides profiles on all the major (and not so major) characters. Also included in the box is a fabric wall scroll that mimics the box art; which, by the way, is adorned with several gorgeous pieces of art, itself.

On the discs themselves, though, the most important extra is a three-part prequel titled Those Waiting For a Star. While this is a prequel which shows part of Chise’s rough childhood, I found it better to wait until after I had watched the first half of the series to watch this extra, as the added context made these episodes much easier to enjoy.

It’s worth noting, though, that this three-episode extra is not dubbed into English. 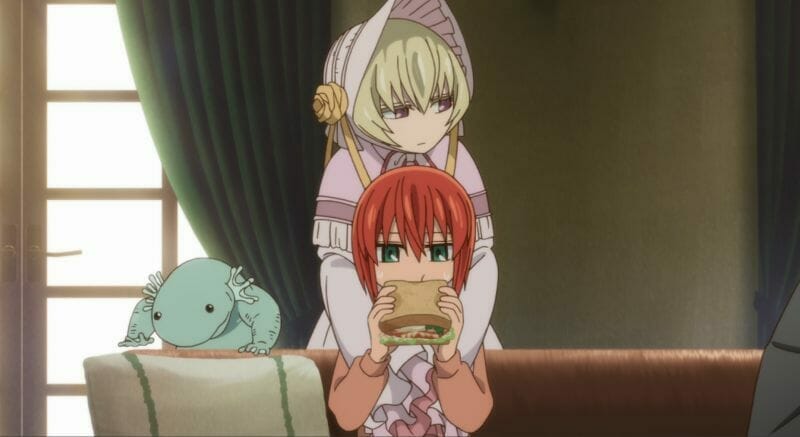 The Ancient Magus’ Bride is a fantastic journey into the fantasy genre, which provides a wonderful bit of escapism for those of us who know what it feels like to come from a rough childhood. Everyone in this series is damaged in one way or another, and it just feels incredible to know that there were others in this fictional world whom anyone who’s had it tough can relate to.

Funimation released a gem with this limited edition, and I encourage everyone to check it out as soon as possible!