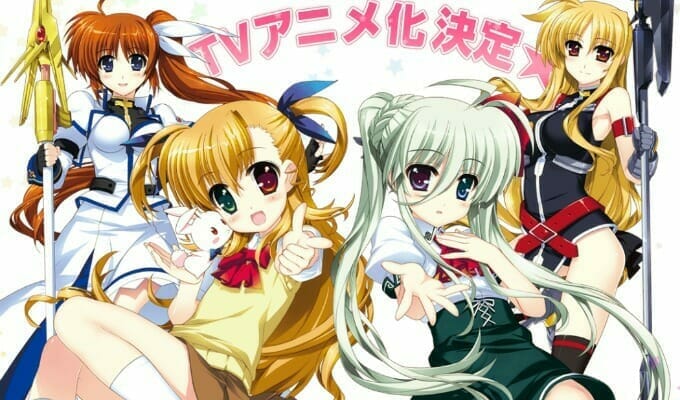 Earlier today, the company uploaded a short promotional video to its YouTube channel, which gives a brief look at the show’s cast, and a preview of series opener Angel Blossom by Nana Mizuki.

In addition to the promo, a 15-second commercial began airing on Japanese TV, which you can check out below.

Magical Girl Lyrical Nanoha Vivid will begin airing on April 3, at 10:30PM local time. Tokyo MX, MBS, and BS11 are confirmed to be carrying the series.

A-1 Pictures will handle production on the series, with Yuuki Itoh (Vividred Operation) taking the role of director. Naruo Kobayashi (ItaKiss, ToHeart2) will be the main writer, and Masaaki Yamano will handle character designs.