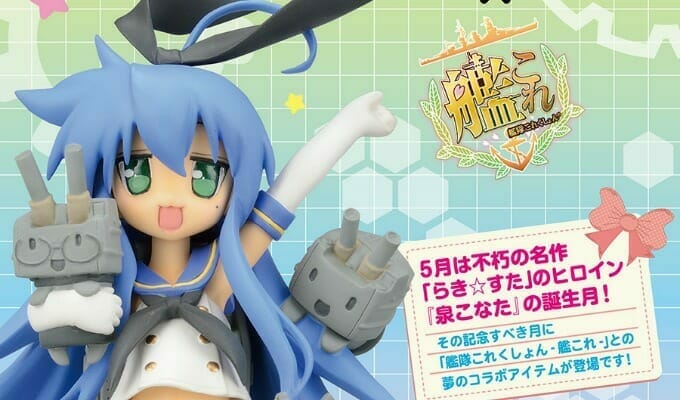 Konata from Lucky Star is going to celebrate her birthday with a bang!

Earlier today, Sega announced that they’ll offer special-edition Lucky Star figures as prizes at their game centers. The new figures will be a cross-over with the popular KanColle browser game, with each of Lucky Star’s leading ladies filling the role of a popular unit from the game.

Sega released a promotional visual for Konata’s figure, which stands at about 15 centimeters (5.9 inches), which you can check out below. 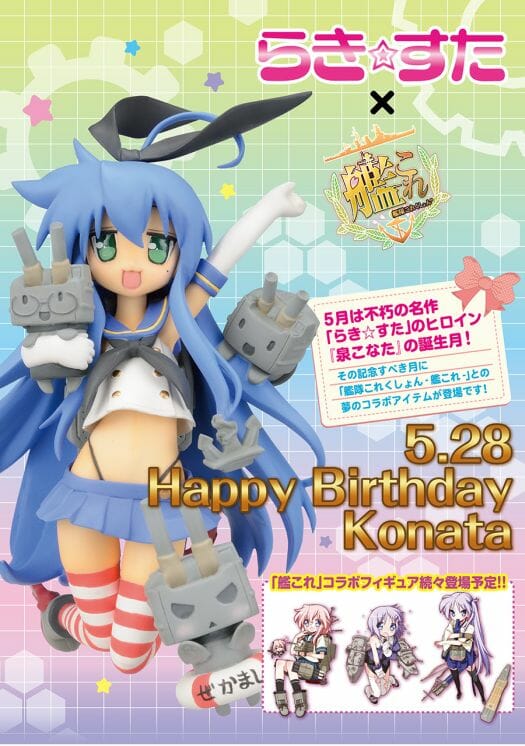 Eagle-eyed fans may notice that Konata’s costume is a bit familiar. In 2013, the outfit and pose were used on a special-edition cover for Lucky Star manga volume 10. 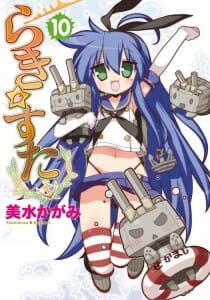 Konata’s figure will begin appearing in Sega game centers later this month, to capitalize on Konata’s birthday on May 28. The others will follow shortly afterwards, though no release date was given.

This isn’t the first time that the Lucky Star girls have ventured into the realm of cosplay. In the past, characters have decked themselves out as a number of popular characters, including Fate/stay night‘s Rin Tohsaka and digital diva Hatsune Miku.