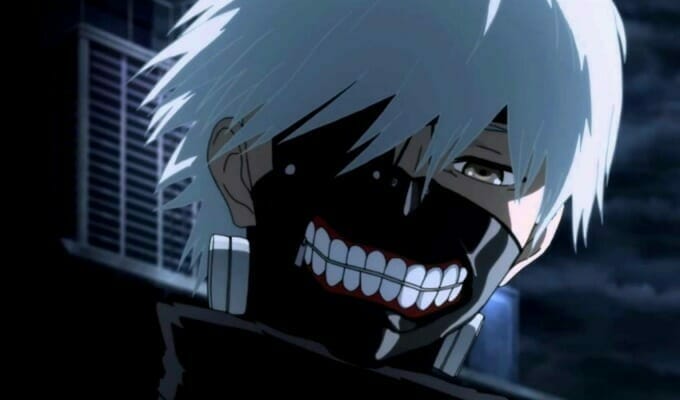 Ghouls? In Tokyo? What is this, some sort of ani… oh, right.

Earlier today, the official Tokyo Ghoul Twitter account updated with a new promotional video. The 60-second teaser offers a brief glimpse of the show’s animation, as well as a sample of the voices for Arima, Fura, and Minami.

In addition, the account tweeted a flyer illustration to promote the OVA’s theatrical run. 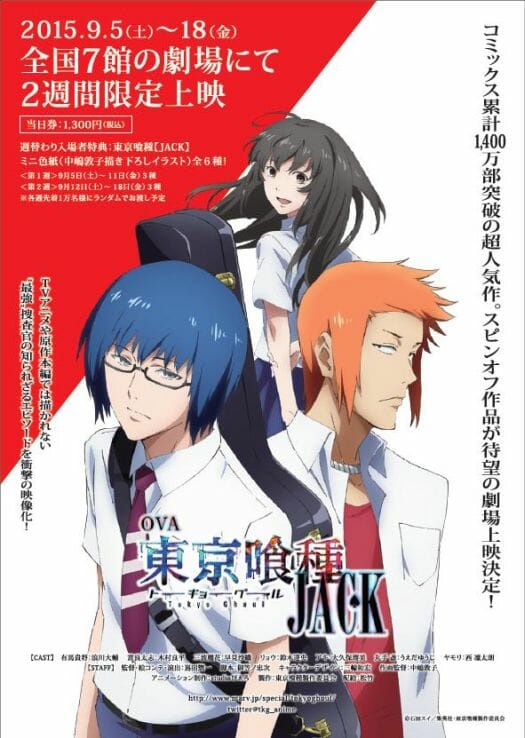 Tokyo Ghoul: Jack was first revealed in March during the finale of Tokyo Ghoul √A. The series will be a prequel to the original Tokyo Ghoul, which revolves around an incident in Tokyo’s 13th Ward.

The series will receive a limited theatrical run in Japanese theaters. Seven locations will screen the title from September 5 through 18, 2015. It will hit Blu-Ray on September 30.

The confirmed staff for Tokyo Ghoul: Jack is as follows:

Seven cast members were also confirmed, which are as follows: