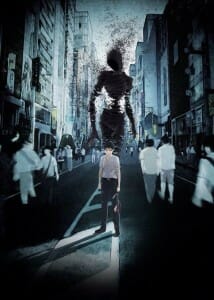 The demi-human rises, and it’s subscribed to Netflix!

Last week, Netflix announced that they acquired the domestic rights to the Ajin – Demi-Human TV series. The company will simulcast the series in Japan, with episodes hitting the service three days after its première. The show will hit all markets outside of Japan in mid-2016.

Ajin – Demi-Human will begin airing in January on Japan’s MBS, TBS, and CBC networks. The series will feature the same staff as the film trilogy, including chief director Hiroyuki Seshita, director Hiroaki Ando, and character designer Yuki Moriyama. The series will be animated by Polygon Pictures, which also produced the Knights of Sidonia anime series.

The show is currently scheduled to run for 13 episodes.