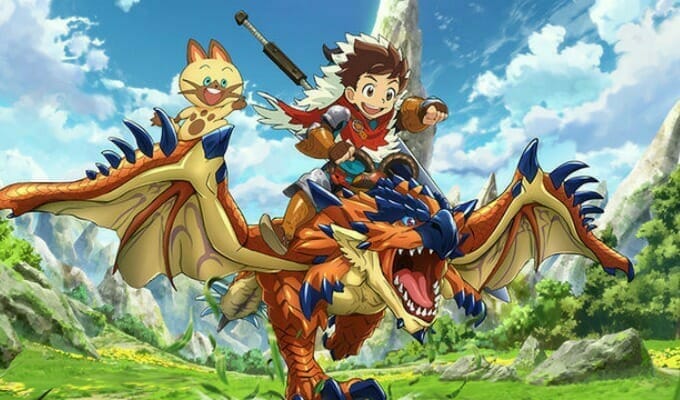 Last week, Fuji TV announced that they’ll create a new daytime anime time slot in 2016, which will be used for the Monster Hunter Stories TV series. The announcement marks the first block of its nature since One Piece hit the airwaves on October 1, 2016 at 9:30 AM.

In addition to the series announcement, Capcom released a pair of trailers to promote the Monster Hunter Stories game. You can check both out below:

As of press time, details on the Monster Hunter Stories anime series remain under wraps. The game is being developed in-house by Capcom. It’s slated for a 2016 release, though a western release still has yet to be confirmed.

The latest entry in the Monster Hunter franchise is 3DS title Monster Hunter 4 Ultimate. The game, which hit Japanese retailers in February, sold over 2.4 million copies in its home market.