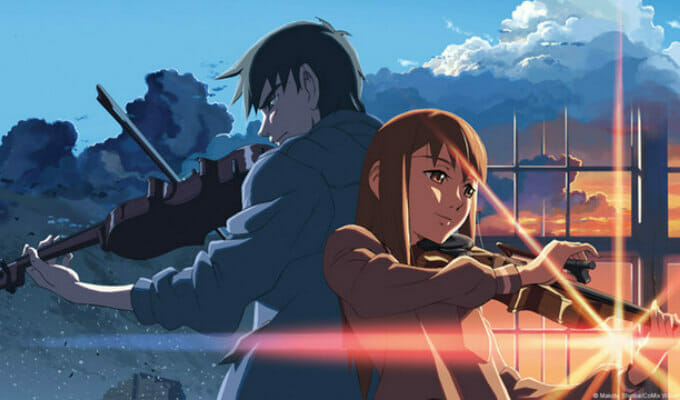 While it’s not Your Name., this is still a film that shouldn’t be missed!

Yesterday, Adult Swim’s Toonami block announced that they will air anime film Children Who Chase Lost Voices (Hoshi wo Ou Kodomo). The feature will air on November 5 at 3:00AM, following One Piece.

The feature
debuted in Japanese theaters on May 7, 2011. Sentai Filmworks currently holds the domestic rights to Children Who Chase Lost Voices. They describe it as:

When she hears a strange song from a crystal radio, Asuna tunes into more than just a magical stream of music. Soon, she is transported to a mysterious world named Agartha, where mythical beasts roam and brave warriors fight for their lives. Agartha is a land of breathtaking beauty and unimaginable danger—a place where, it is believed, even the dead can be brought back to life for a price… Join the Children Who Chase Lost Voices on a journey of a lifetime!