It looks like those mechanical arms are giving one last stretch in their final day.

Last night, animator Sae Okamoto announced that the Mecha-Ude Kickstarter passed its $60,000 stretch goal. With the goal reached, Okamoto and studio Oort will produce a second short episode which revolves around the title’s heroine. 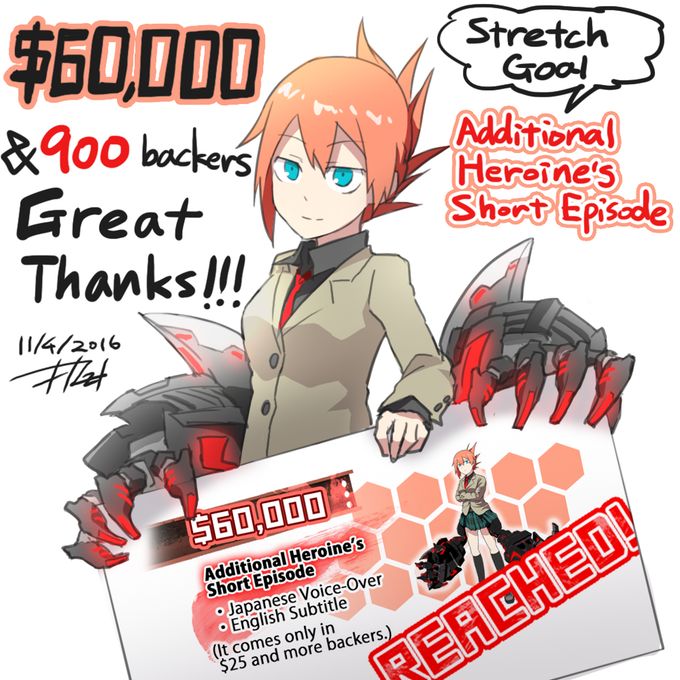