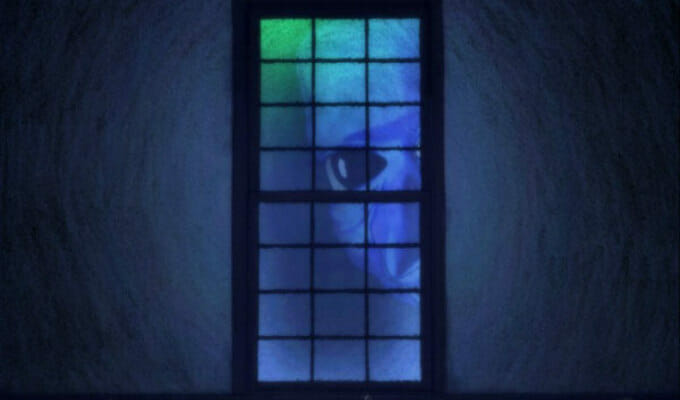 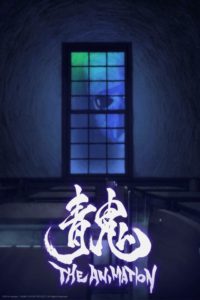 The blue ogre returns once more to bring his own brand of terror to the anime world.

Yesterday, Crunchyroll announced that they added the Aooni The Animation film to their digital lineup. The 60-minute feature is available for premium subscribers in all regions outside of Asia. The title will be offered to free members next week.

A town in the countryside surrounded by forests and mountains.

Five members of the cultural anthropology club at an old western-style school are trying to come up with ideas for their presentation at the school’s culture festival, when they find a collection of folk tales gathered by a student in their club 40 years ago.

They realize that the mysterious “Bellflower Oni” that appears in the folk tales may be the basis for the popular free game “Aooni”, and decide to make that their theme.
They manage to make contact with the author of the Aooni game, but he dies mysteriously soon afterward.

The club members become suspicious at the author’s death and began to investigate on their own, but encounter a secret they never should have touched: a secret underground prison in the school.

For some reason all the fire doors at the school are locked, and they are trapped in the school.

A new tragedy of the Aooni is about to begin.