Kinema Citrus is one of those studios that no one really notices. Sometimes they manage to strike a chord with anime fans, sometimes they put out something relatively decent and sometimes they get off to a good start before royally screwing it up (cough Kumamiko cough). This summer the studio behind Black Bullet, Hanasaku Iroha and Under The Dog is going to make their latest attempt to change that though as it’s been announced that they are the production studio behind the upcoming series Made in Abyss. 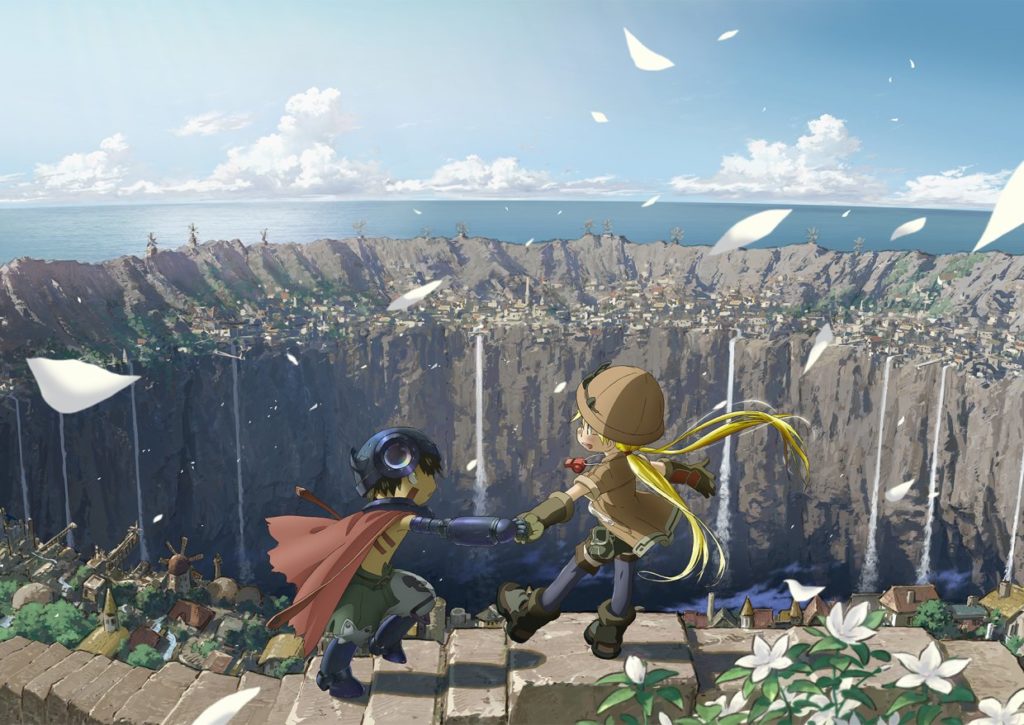 Adapting the manga of the same name created by Akihito Tsukushi, the series takes place in a town called Oosu which features a gigantic system of caves called the Abyss. Nobody knows just how deep down this titanic pit goes. Its purpose is unknown to modern man, but the pit’s inhabited by strange and wondrous creatures, and countless ancient relics can be found within.

The heroine of the series is a young orphan girl named Rico who dreams of becoming a great cave explorer like her mother was. While doing some digging around in the caves one day, she comes across what appears to be a young boy only to discover soon after that he is actually a robot.

No cast has been announced for the series yet but the key crew members have been revealed to be Masayuki Kojima (Monster, Master Keaton, Black Bullet) as director, Hideyoshi Kurata (Script – Battle Athletes Victory, four episodes of Hellsing Ultimate, Excel Saga; Series Composition – Now and Then, Here and There, World God Only Knows) handling series composition and Kazuchika Kise (Ghost in the Shell) working on character designs.

You have to admit, Kinema Citrus is putting some serious muscle behind this project and really want you to like it. Does this crew fill you with enough confidence to give this one a shot?