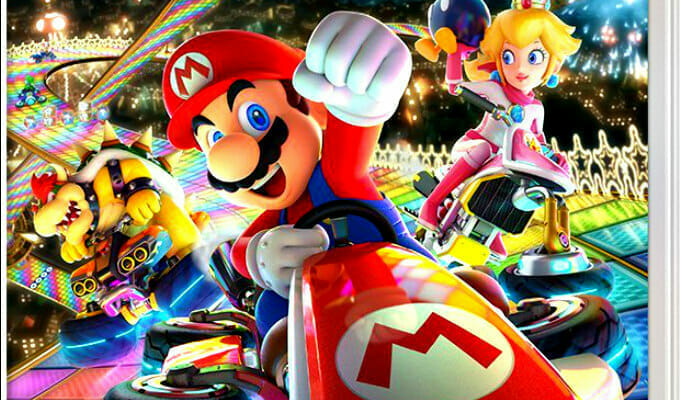 Happy Saturday everyone, and welcome to an all-new Media Create week. With Golden Week over, we’re in for the infamous drop-week. This is the week of sharp drops that directly follows the Golden Week sales bubble. And, as always, nobody is safe. We’re looking at declines across the board, as the market undergoes a fairly sharp correction period.

So, again – before crying doom and gloom, remember that this was expected and baked into just about any sensible model.

We good? Good. Let’s get rolling, then!

Titles on Nintendo hardware continued to dominate the charts this period, claiming fourteen spaces in the top-20. Of those, eleven 3DS games, three Switch titles, and one Wii U game made the cut.

It looks like Mario’s got a steady supply of super horns, because nothing seems to be knocking Mario Kart 8 Deluxe (Switch) out of first place yet. The title held a commanding lead this period, with 36,440 copies reaching customers (411,915 LTD). This is a pretty big week, as the title has already crushed the 400K barrier, and shows no signs of stopping. We should see it pass the half-million point by early June at its current sales trajectory. As of now, the title enjoys a 48.47% attach rate, meaning that roughly one copy is selling for every two Switch consoles on the market. So, yeah. It looks like a few people are excited about Mario Kart.

Meanwhile, folks continue to sharpen their Great Axes and hone their cooking skills with Monster Hunter Double Cross (3DS). The title climbed to second place, with 15,002 units sold (1,466,546 LTD). I’m still holding onto my estimate of “1.5 million by end of June” as, well, it’s freakin’ Monster Hunter – this is one of those titles with legs for days. I’m genuinely curious to see how the next mailine game performs, given that this is a low-performing release that’s being seen as an “interstitial” entry by many.

On the Famitsu and Dengeki charts, as Reddit user ZSaberLink pointed out previously, Monster Hunter Double Cross broke the 1.5 million milestone a couple of weeks ago. Depending on the data sets, we may see a correction for this one on the coming weeks.

Speaking of cooking, folks are continuing to hone their wilderness cuisine in the realm of Hyrule. The Legend of Zelda: Breath of the Wild (Switch) scaled its way to third place this period, with 11,916 units sold (454,783 LTD). The Wii U version also charted, with 3,395 sales (119,708 LTD). Combined, the two versions shifted 574,491 copies. Breath of the Wild is still the top seller on Switch at the moment, with a 53.51% attach rate. The title is slowing down, though, and will quickly be overtaken by Mario Kart at its current trajectory. That said, the title is greatly outperforming Skyward Sword (380K Lifetime), and is still on pace to crack half a million by summer.

Sadly, the Super Saiyan heroes lost some ground while they took time to charge. Dragon Ball Heroes: Ultimate Mission X (3DS) dipped down to fourth place this period, selling 10,574 units (138,938 LTD). The title is still maintaining a decent trajectory, and the 66% drop this period falls well within the expected norms. Given that the title is still on solid footing, we should see it cross the 150K mark by the end of May. 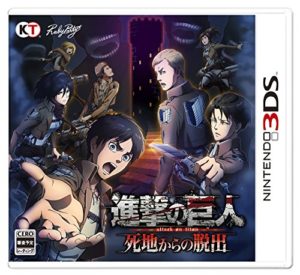 The Survey Corps looks to be struggling for survival this week in their latest 3DS outing. Attack on Titan: Escape from Certain Death hit a wall, selling just 8,599 copies before sliding into fifth place. Given the strength of the brand, overall exposure, and generally empty release week, this is super low. Like, criminally low. Previous 3DS game, Attack on Titan: Humanity in Chains, managed to sell more than 85,000 sales in its debut.

Looking at sell-through on Famitsu, we’re seeing just 40-60% of stock shifting to customers. In plain English, this is bad. It means that retailers aren’t going to be happy, as it’s underperforming their own conservative estimates of about 12,899 – 21,498 units. Meanwhile, Koei Tecmo its own black eye as they managed to squandre the power of a blockbuster franchise. While there’s potential for legs, they’re pretty unlikely in the case of heavily licensed franchises. We’re more likely to see the title shift to bargain bins within a month as fire sales begin.

Speaking of fires, Fire Emblem: Shadows of Valentia continues to march its way through the top-10. The title descended to the #6 space this period, with 5,713 copies reaching customers (174,868 LTD). The title will crack 175K next week, and there’s little doubt that it’ll beat 200K at this point. Though low for recent Fire Emblem, it’s definitely outperforming my revised expectations. Kudos, Nintendo.

For those who aren’t up for grand adventures or strategic encounters, are ya ready for some baseball? No? Well, too bad. Pro Baseball Famista Climax (3DS) stepped up to 9th place this time around, with 3,959 units sold (73,683 LTD). The title should cross 75K next time around.

Sports day continues at 10th place this period, with Mario Sports Superstars (3DS). This week, another 3,959 fans (73,683 LTD) joined the fun of football (not that kind), baseball, tennis, golf, and ah… horse racing? I guess Mario ends a day of outdoor fun by going to the track. Anyway, we should see the title cross 75K next period. For both Mario and Famista these numbers are encouraging – I don’t expect either to crack 100K, but they are outperforming initial estimates.

The rapid-fire fun of 1-2-Switch (Switch) continues just outside of the top-10. This time around, we saw 3,410 new fans (208,856 LTD) discover the joys of samurai training, ball rolling, and that awkward little thing known as “Milk.” As of now, the game enjoys a 24.57% attach rate. In plain English, roughly one copy has been sold for every four Switch consoles in the wild. I’m hoping that we see this cross the quarter million mark, but that may be a bit of a far cry given the current trajectory.

It looks like the rush to become the very best (like no one ever was) in Alola is finally coming to an end. Pokémon Sun & Moon (3DS) dropped to 14th place this period, with 3,062 units sold (3,259,837 LTD). Combined with the sales of the double-pack, which sits at 157,492 last charting, we’re looking at 3,417,329 units sold total. That’s 3,574,821 individual copies of at least one version of the game in customers’ hands. I do expect the combined (sold) SKUs to cross 3.5 million by the end of 2017 still, though this is heavily dependent on a few outside factors. The 56% drop falls within expectations for the period, and hints that Pokémon Sun & Moon should stick around for at least the next few weeks.

And, apparently, Mario really likes hitting a few laps in his free time. Mario Kart 7 (3DS) skidded into the #19 space this week, selling through 2,429 units (2,771,420 LTD). The 54% drop is lower than expected, though I do still see the title vanishing from the big board next sales period.

Yes, even the mighty Switch finally dropped out of the 40K range. That said, Nintendo’s handheld hybrid did still capture first place with 24,712 units sold (849,875 LTD). Furthermore, Switch hardware is still supply constrained, according to “man on the street” reports at NeoGAF and Japanese news sites. It’s looking likely that the big N stuffed the channels for the Mario Kart 8 launch and Golden Week, and they’re dealing with a supply shortage in the aftermath.

The 3DS managed to claim second a hard-fought place, with 17,526 units sold. Meanwhile, the Wii U just saunters on – selling through 157 consoles. Funny enough, though, it did beat out the XBox One by eight units this period.

The PlayStation family managed to claim five spots on the big board, all of which were held by PS4 titles.

Leading the way was 2B and the rest of YorHa, with NieR: Automata (PS4). The trailblazing title climbed back to 7th this period, with 5,056 units sold (325,443 LTD). Moreover, the title enjoyed a far smaller post-Golden Day drop than any other title in the charts. The legs are strong with this one, and I’m fairly confident that we’ll see it hit 350K by July.

Meanwhile, it appears that the Ashen One fought their way back into the top-10. Dark Souls III: The Fire Fades Edition (PS4), which includes the game and the two major DLC packs, lit the bonfire t 8th plce, with 4,016 units sold (52,678 LTD). The SKU managed to cross the 50K mark, which is fantastic given that it’s a re-release. Furthermore, the 39% decline week-over-week is one of the smallest post Golden Week declines on the big board this time around. I don’t see the title crossing 75K, but it’s certainly had a decent run. I’m genuinely curious to see where sales rest by the time this drops out of the top-20. 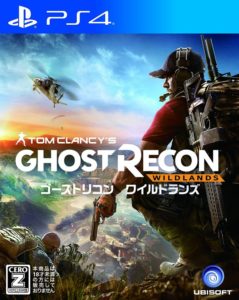 For those who weren’t big on swords, sorcery, or robots, the wildlands await. Tom Clancy’s Ghost Recon: Wildlands (PS4) crawled up to 13th this period, with 3,080 copies reaching customers (177,945 LTD). The title crossed the 175K mark this week, which is fantastic for a western shooter. We should see get close to, if not past the 200K mark if it maintains its current trajectory.

Speaking of strong trajectories, Grand Theft Auto V (PS4) continues to impress. The budget-priced SKU of Rockstar’s opus rose back into the top-20 this time around. The title moved 2,880 copies (334,080 LTD) to steal 17th place.

It appears that the wildlands aren’t the only place where would-be soldiers find their way. Tom Clancy’s Rainbow Six: Siege (PS4) sniped a spot in the top-20 this period, taking the #18 space with 2,527 units sold (192,045 LTD). Truth be told, I fully expect this one to vanish from the charts next period, but I’d love to be proven wrong.

The PS4 earned a hard-fought third place third period, selling 17,526 units. Of those, 4,961 were PS4 Pro consoles. The Vita, on the other hand, stumbled a bit in fourth place, moving just 4,114 handhelds.

The PS3 continues its own meandering path, all the while. Sony’s decade-old console shifted 325 units to take fifth for the week.

in 149 BCE, the African city of Carthage and the Roman Republic clashed swords in the Battle of Carthage. The battle began when Roman army under Manius Manilius landed in Africa and descended upon the city. At first, the Romans demanded full surrender, which was met with a shocking refusal from Carthage. This set off a three-year stalemate that finally ended in 146 BC, when the Romand broke through Carthage’s walls, only to be met with a city turned into a massive arsenal. Sadly, the Carthaginians were still obliterated, with Romans killing 450,000 and selling the remaining 50,000 into slavery.

In the world of Japanese console sales, I wouldn’t doubt that a few Microsoft employees are fearing obliteration in the market right now. 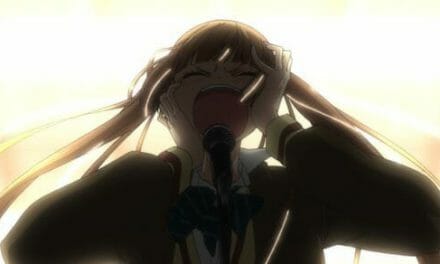