It’s finally time for the God of Destruction to show his scaly mug. 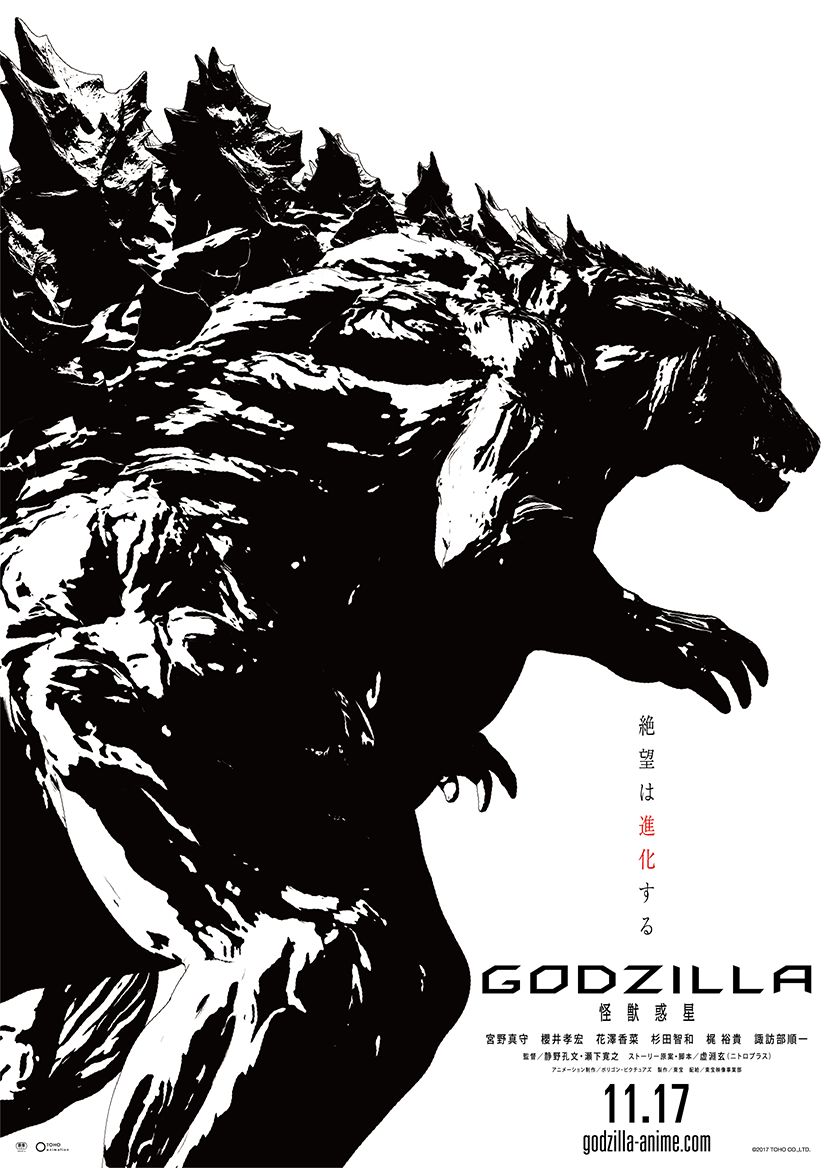 Godzilla‘s first film, titled Godzilla: Kaijū Wakusei (Godzilla: Planet of the Monsters), will hit Japanese theaters on November 17. The feature will stream later this year on Netflix as a Netflix Original project.

The Godzilla films will also be presented as a feature in this year’s Annecy International Film Festival’s “Work in Progress” program.