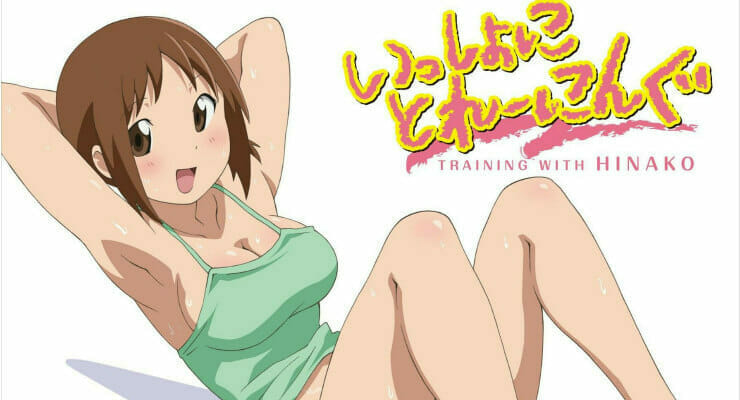 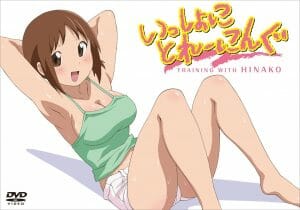 Don’t look behind you. That heavy breathing you hear when this go on ISN’T the other viewers exercising. I… kind of hope ya know that.

Earlier today, Maiden Japan announced that they acquired the domestic rights to the Hinako (Isshoni Training: [Activity] with Hinako) anime franchise. The company will ship all three episodes in a single home-video release:

As of press time, details on the release have yet to be announced.

Sleeping with Hinako hit retailers in February 2010, and Bathing With Hinako debuted on Christmas Eve of the same year. Shinichiro Kimura (Karin, Hand Maid May) took the helm on these projects at Studio Hibari. Both Ryoko Amisaki and Muneshige Nakagawa reprised their roles as character designer and writer, respectively.

Hinako used to be a normal girl, but then she became an anime character! Now she does things like play the heroine’s best friend, but unlike most people in anime, Hinako is completely aware that she’s being watched by an unseen audience! So, if she’s doing something and thinks of something to say, she’ll just say it to the people she can’t see. Or CAN she see them? The most self-aware anime character ever invites you to peek behind the screen and experience Training, Bathing and even Sleeping in the intimate interactive life of HINAKO! 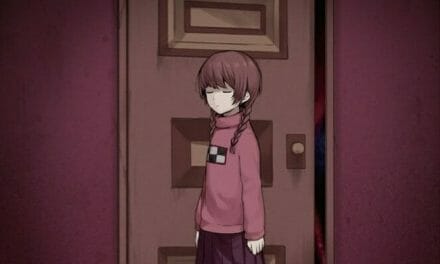