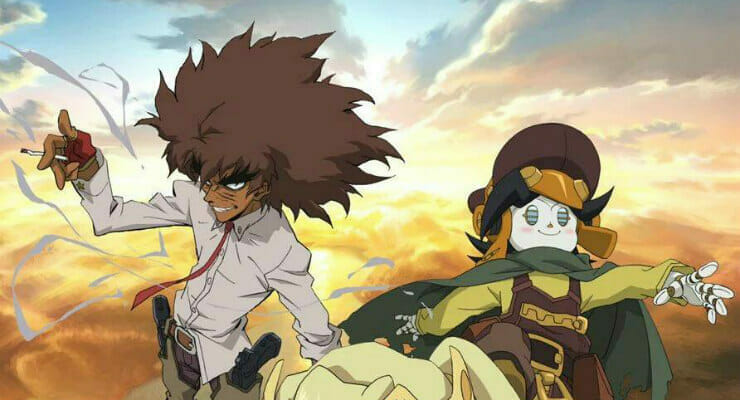 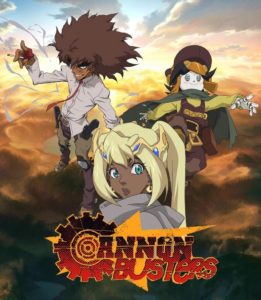 This Kickstarter dream is coming true in a huge way!

Earlier today, Netflix announced that they will stream Cannon Busters on their digital platform. The series is currently slated to run for twelve episodes. Manga Entertainment, Nada Holdings, and anime studio Satelight are attached as producers on the project.

Series creator LeSean Thomas will serve as director and executive producer for the series. Thomas will also co-write the show’s scripts as part of a multi-person team, which includes:

Matt Wayne (Justice League Unlimited, Niko & The Sword of Light) was tapped as a story editor.

Created, directed and executive produced by LeSean Thomas (Children of Ether), the series follows the adventures and exploits of S.A.M, a high-end, royal-class friendship droid who’s joined by a quirky, discarded maintenance robot and a brash, deadly fugitive. Together, the unlikely trio embarks on an unforgettable journey in a fantastic and dangerous world in search of S.A.M’s best friend, the heir to a powerful kingdom under siege. Twelve episodes are being produced by Manga Entertainment Ltd, Nada Holdings and Satelight (Macross Delta).

Cannon Busters is a self-described “action-adventure dramedy,” based on LeSean Thomas’s comic book series of the same name. The project began life as a Kickstarter. The feature brought in a total of $156,535 in its KickStarter drive, which ran from November 3, 2014 through December 3, 2014.

The title’s pilot was released to backers in July 2016. You can check the trailer out below: