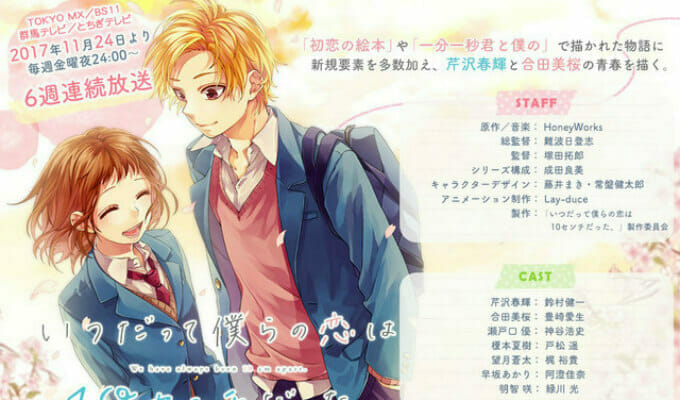 It looks like the Confess Your Love Committee is ready for its biggest event yet!

Yesterday, an official website opened to reveal that HoneyWorks is working on a new anime project. The company will produce a TV series based on the Confess your Live Committee (Kokuhaku Jikkou Iinkai). The new project, titled Itsudatte Bokura no Koi wa 10-senchi datta (We’ve Always Been 10 Centimeters Apart), will hit Japanese TV in November. 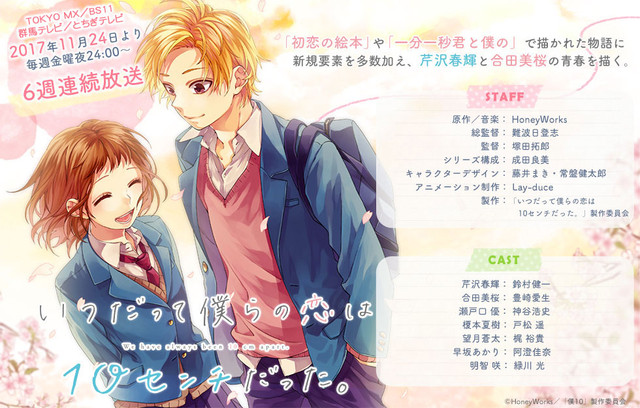