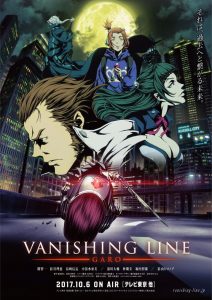 What lies beyond the vanishing line? Depending on who you ask, it could be paradise, or something far more odious.

Earlier today, Funimation announced that they will produce an English SimulDub for Garo -Vanishing Line-. As of press time, details on the dub’s cast and première date have yet to be announced.