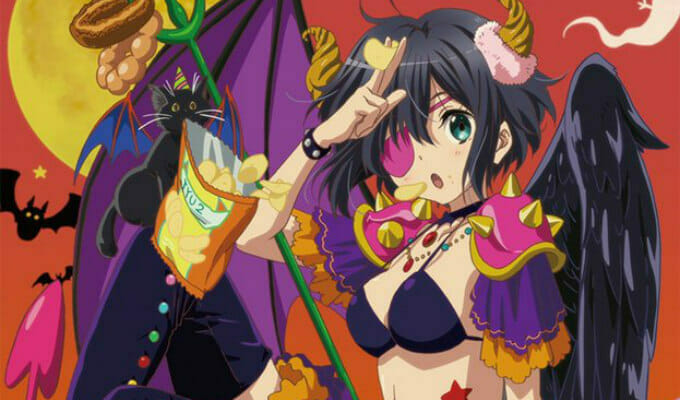 It looks like Rikka’s eye isn’t the only thing that’s wicked this Halloween!

Just before midnight yesterday, Kyoto Animation released a new teaser visual for Love, Chunibyo & Other Delusions the Movie: Take on Me. The new image has some fun with the Halloween holiday, as Rikka dons a devilish costume and wields a basket of candy.

Chunibyo & Other Delusions – Take On Me will début in Japanese theaters on January 6.

Eleven cast members will return to reprise their roles:

Kyoto Animation released a teaser trailer for the movie last week. You can check it out below.