Nothing stops this train until it pulls into the station in January.

On November 10, Funimation started streaming an English dub teaser for Kabaneri of the Iron Fortress. The minute-long promo features Robbie Daymond, who voices Ikoma in the series, as narrator. 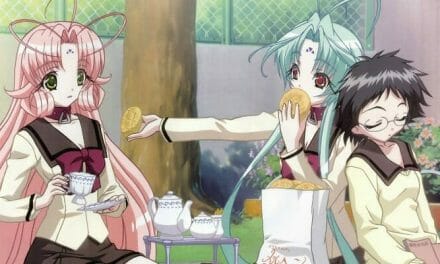