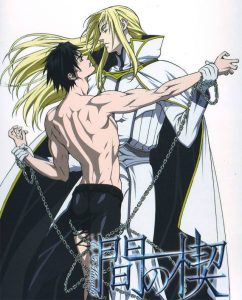 This tangled tale of boys and love is getting a few new players today.

Earlier today, Media Blasters took to Twitter to reveal four new cast members for their Ai no Kusabi dub. The series will add the following:

Brittany Lauda is directing the dub. Matt Shipman and Lauda will share duties as ADR Engineers on the project.