It’s time to return to this strange, yet fascinating world for another adventure. 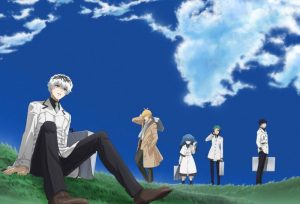