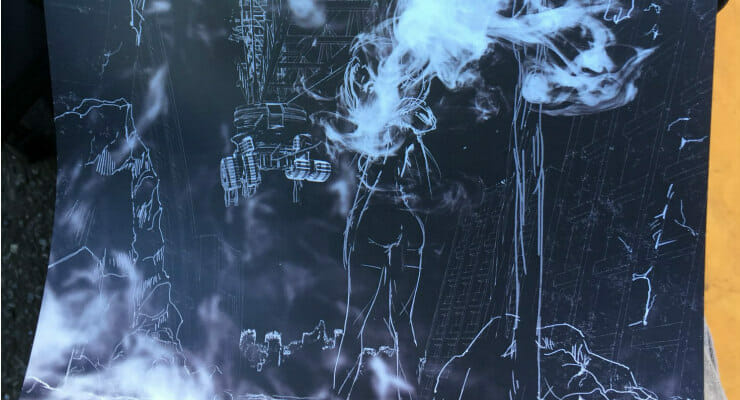 It looks like the Kemono Crew is bouncing back, and then some!

Over the weekend, fans congregated to Tokyo’s Big Sight Convention Center for Winter Comiket. Indie animation group Irodori is hosting a booth at the event, where they gave out posters of a new anime project.

At the bottom-right of the image, the words “TV anime starting” can be seen in bright pink.

The image itself features a mysterious maiden clouded in steam, standing before industrial equipment. No details have been divulged on the project.

Irodori is a three-person indie animation group who worked with Yaoyorozu to produce the Kemono Friends TV series. Among the members is Kemono Friends anime director TATSUKI. Most recently, the group published an original short based on an original character named Keifuku.