It looks like this period piece is getting a lot of love.

The committee awarded this year’s Special Prize to Ashita no Joe creator Tetsuya Chiba for his contribution to the overall culture of manga through his career. Chiba began publishing Hinemosu no Tari Nikki, a full-color series (and his first in eighteen years), in the pages of Shogakukan’s Big Comics magazine in 2017.

An awards ceremony is planned for June 7, at Tokyo’s Hamarikyu Asahi Hall.

This year’s committee chose a pool of ten award nominees, which were recommended by bookstore employees and overall specialists. A title had to have at least one tankoubon (compiled book) released through 2017.

The awards committee this year included:

This is Akimoto’s first year as a judge.

Paru Itagaki’s Beastars manga launched in the pages of Akita Shoten’s Shuukan Shounen Champion magazine. Seven volumes have been released to date, with volume 8 slated to hit stores on May 8.

In a world populated by anthropomorphic animals, herbivores and carnivores coexist with each other. For the adolescences of the Cherryton School, school life is filled with hope, romance, distrust, and uneasiness.

The main character is Legosi the wolf, a member of the drama club. Despite his menacing appearance, he has a very gentle heart. Throughout most of his life, he has always been an object of fear and hatred by other animals, and he’s been quite accustomed to that lifestyle. But soon, he finds himself becoming more involved with his fellow classmates who have their own share of insecurities and finds his life in school changing slowly.

Oya-san to Boku hit stores on October 31 under Shinchosha’s main imprint. The series is a semi-autobiographical series, which details Paru’s experiences with his elderly landlady. 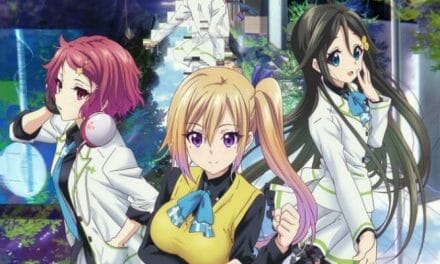