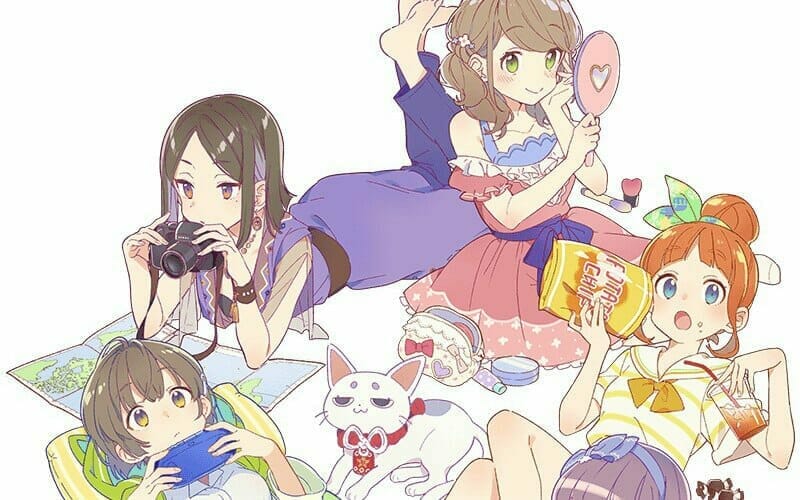 It looks like it’s moving day at this house.

On June 19, the official Himote House anime website opened its doors. The site contains the show’s main cast, as well as a key visual and premiere window.

The image features the lead characters, just relaxing in their own ways.

Himote House will hit Japanese TV this October. The series will air on Tokyo MX, as well as other networks.

The series is an original anime project from Bouncy, which revolves around five girls (plus a cat) who share a house in Nakano. The house, called “Himote House,” is run by sisters Tokiyo, Kinami, and Kokoro Himote. The series revolves around the daily lives of these five individuals, as they seek ways to gain popularity. According to the description, each of the girls has a “special power.”