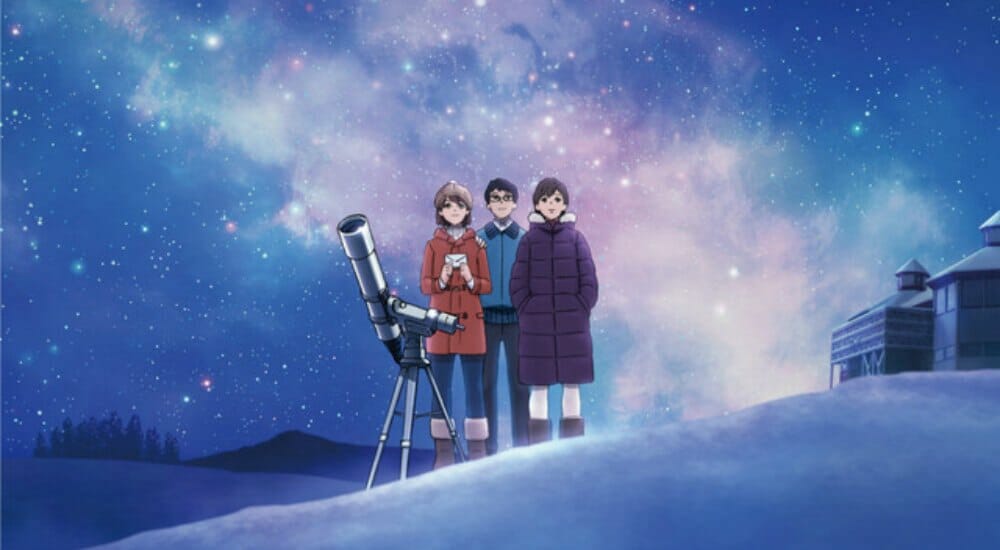 Earlier today, tire manufacturer Dunlop announced that they’re partnering with Sunrise to produce promotional anime short. The film, titled Road To You ~Hoshifuruoka no Yakusoku~ (Road To You ~The Promise of a Shooting Star Made on a Hill~). The main staff, as well as a teaser video for the feature were revealed for the project, which launches on YouTube on October 3. We break the details down below.

The image features the film’s leads standing on a hill with a telescope, as they look up at a shooting star.

Kou Matsuo (Berserk: The Golden Age Arc I – The Egg of the King, Mobile Suit Gundam Thunderbolt) is directing the project at Sunrise, with an unspecified Studio Ghibli animator providing the original character designs. Suda Ken Nagi is scoring the soundtrack.

Dunlop and Sunrise previously released a Road To You short in 2017, which told a tale of a “nighttime miracle love story” in a snowy region of Japan. You can check it out below.