Well, this is a surprising set of reveals!

Earlier today, Netflix hosted a marquee event in Singapore. During the event, called “See What’s Next: Asia”, CEO Reed Hastings announced seventeen new Asian original productions from across the region. Among the lineup was a trio of anime shows, as well as an animated series based on Pacific Rim.

The full lineup is as follows:

Dai Sato (Cowboy Bebop, Ghost in the Shell: Stand Alone Complex) and Tsukasa Kondo are credited as writers on Altered Carbon, with Anima slated to produce the animation. According to Netflix, the title will be set in the same world as the live-action original, and “explore new elements of the story mythology.”

Altered Carbon is a 2018 cyberpunk series from Netflix and Laeta Kalogridis, which is based on Richard K. Morgan’s novel of the same name. The show, which holds a 67% fresh rating on Rotten Tomatoes, was nominated for Academy Awards for Outstanding Main Title Design and Outstanding Special Visual Effects.

After 250 years on ice, a prisoner returns to life in a new body with one chance to win his freedom: by solving a mind-bending murder.

Cagaster of an Insect Cage

Cagaster of an Insect Cage will be directed by Koichi Chigira (Full Metal Panic!, Last Exile) at studio Gonzo.

Cage. Set in a post-apocalyptic world where a mysterious disease “Cagaster” turns people into giant murderous insects, this manga-based series follows the struggle of a young couple to stay alive.

Netflix revealed a trio of stills for the show, which you can check out below.

LeSean Thomas (Cannon Busters, Children of Ether) created and is directing Yasuke at studio MAPPA, with Flying Lotus scoring the soundtrack. Both Flying Lotus and Thomas are credited as Executive Producers on the project.

Yasuke will be based on the historical samurai of African origin, who fought with Oda Nobunaga.

The Pacific Rim animated series will be produced by Legendary Entertainment, with Craig Kyle an Greg Johnson serving as showrunners.

According to Netflix, the show will “expand upon the story of the first two live action movies and follow two siblings – an idealistic teenage boy and his naïve younger sister – who are forced to pilot an abandoned Jaeger across a hostile landscape in a desperate attempt to find their missing parents.

Contrary to the announcement, though, we will not refer to the title as “anime” until a Japanese studio is confirmed for the project.

The first Pacific Rim movie was directed by Guillermo del Toro, and co-written by del Toro and Travis Beacham. The project hit theaters in July 2013, and earned $411 million at the box office on a budget of $180–200 million.

Legendary describes the film as:

When legions of monstrous creatures, known as Kaiju, started rising from the sea, a war began that would take millions of lives and consume humanity’s resources for years on end. To combat the giant Kaiju, a special type of weapon was devised: massive robots, called Jaegers, which are controlled simultaneously by two pilots whose minds are synched via a neural bridge, called “The Drift.” But as the enemy grows more powerful with each attack, even the Jaegers are proving nearly defenseless in the face of the relentless Kaiju.

On the verge of defeat, the forces defending mankind have no choice but to turn to two unlikely heroes—a washed up former pilot (Charlie Hunnam) and an untested trainee (Rinko Kikuchi)—who are teamed to drive a legendary but seemingly obsolete Jaeger from the past. Together, they stand as mankind’s last hope against the mounting apocalypse.

Pacific Rim received a sequel, titled Pacific Rim Uprising, earlier this year. The picture was helmed by Steven S. DeKnight, who co-wrote the screenplay with Emily Carmichael, Kira Snyder, and T.S. Nowlin. The feature managed to take in $290.5 million on a $150–176 million budget. 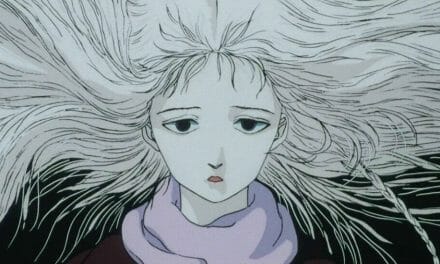