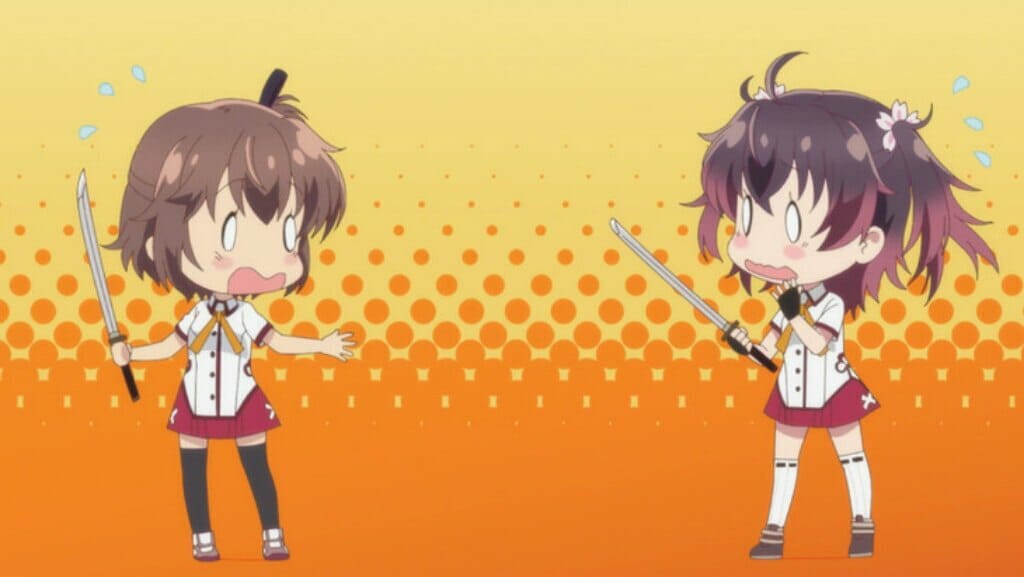 Remember Toji no Miko? It’s back! In miniature form!

Earlier today, the official Katana Maidens: Toji no Miko anime website announced that the title will get a bite-sized spinoff series, titled Mini Toji. The main cast and crew, plus two trailers and a visual were revealed. We break the details down below.

Two teasers were revealed: one short, one long. They both follow the same base progression, with Kanami and Hiyori being converted to their chibi forms and expressing confusion. The longer teaser opens with a brief narrated introduction.

The image features the main cast in their chibi forms, playing on the hiragana for “Toji”.

Crunchyroll streamed the show as it ran in Japan. They describe it as:

Since the ancient times, the Kannagi priestesses have used their swords, or Okatana, to exorcise the creatures known as Aratama that brought chaos upon the world of man. These maidens were known as Tojis, a special task force within the police allowed to have their Okatana on their person because they are government officials, but they mostly consist of school girls who go to one of five training schools. This spring, the top Tojis from five schools across the country have been gathered for a customary tournament where they will use their abilities and fight for the top position.