Tags: casting, dubbing, funimation, my roommate is a cat

Earlier today, Jeremy Inman published a new trailer for My Roommate Is A Cat. In a comedic message from “Lord Chester,” he confirmed the following cast members:

Specific roles weren’t named as of press time. Inman will direct the show’s English adaptation. You can check the trailer out below:

Kaoru Suzuki (DIVE!!, Hellsing eps. 2, 7, 12) was tapped to direct My Roommate is a Cat at Zero-G, with Masaru Kitao (Death Note, Dances with the Dragons) providing character designs. Deko Akao (Flying Witch, Anonymous Noise) is in charge of series composition.

Crunchyroll is currently streaming the show, and describes it as:

The story of Mikazuki Subaru, a novelist who is shy and struggles in relationships with other people, and a cat who was dumped by humans and lived a tough life on the streets. Through a twist of fate, the two of them end up living together. This heartwarming tale illustrates day-to-day life through the eyes of both man and cat. These moments seem trivial, but as they build upon themselves, the two become family and find happiness in their life together. 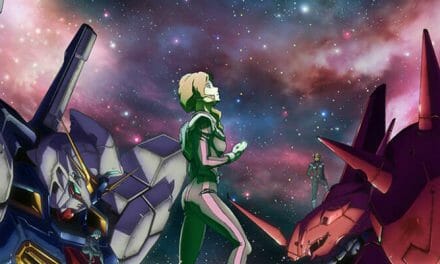