Earlier today, the Hello World anime film’s official website updated with a new teaser trailer and key visual, as well as the main cast members attached to the project.

The image features two of the main cast members, walking along an embankment. The sun is shining down from above, as the city is visible in the distance. 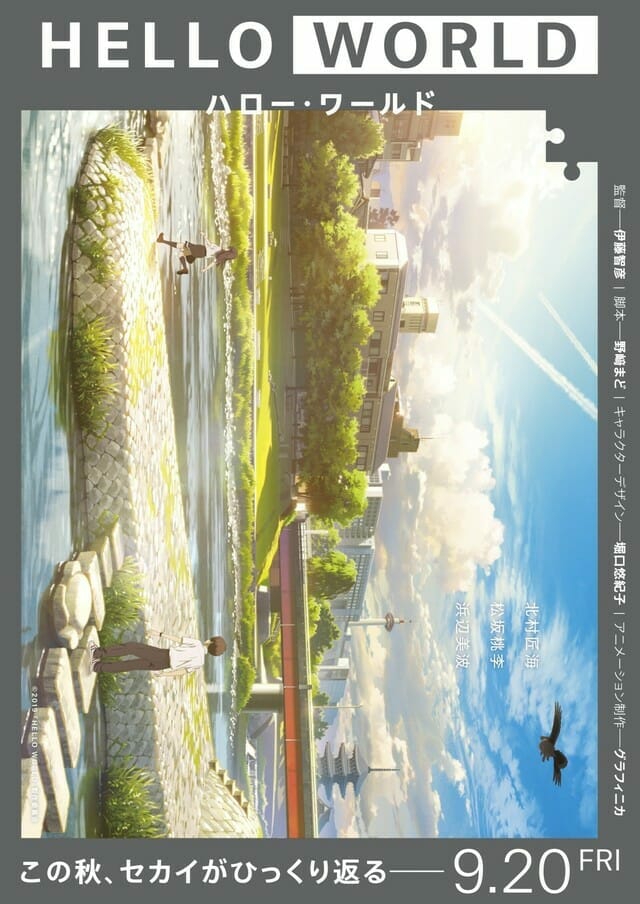