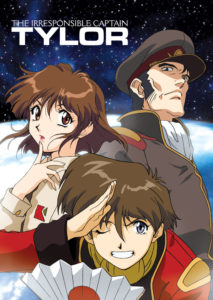 Note: This review will focus primarily on the titular Tylor as a character, and his role within the series.

I have to admit that sci-fi is one of my favorite genres in fiction. Whether it’s Star Wars, Doctor Who, or countless sci-fi anime that I have watched over the years, the prospect of another adventure in space fills me with delight. This time around, the cosmos took me toward The Irresponsible Captain Tylor, not to mention one of my new favorite anime characters.

The Irresponsible Captain Tylor recounts the adventures of Justy Ueki Tylor, a regular guy living on Earth in the distant future. Normal, that is, until one day, he spots an advertisement for the United Planets Space Force. Tylor figures that the military life would be a suitable route toward easy street. Be it through misfortune or sheer luck, depending on your point of view, Tylor finds himself in command of the space cruiser Soyokaze, whose crew is composed of a bunch of weirdos, freaks, and outcasts. 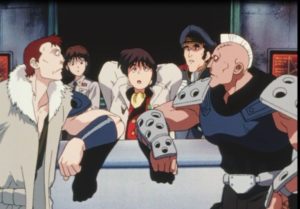 When war breaks out against the Raalgon Empire, Tylor and his quirky crew find themselves dragged into the conflict The odds are slim, but who knows? Maybe that listless slacker holds the key to ending the conflict and brokering peace across the galaxy.

Part of Tylor’s appeal is how strangely awesome he manages to be. He’s a Space Dandy of his era, if you will. It’s not entirely clear if he’s some sort of idiot savant, or if just got an extreme lucky charisma roll. Throughout the series, this point is debated and, really, it turns out that Tylor’s a little bit of both. He lives life by the seat of pants, though he does so without ill intentions.

If anything, Tylor serves the series’ moral center. He’s the one that the other characters turn to times of crisis. And, while he might not be too concerned about the situation at hand at first, he eventually works something out. The fact that he is able to convince a character who is later revealed as enemy agent to come to his side, mainly down to sheer charisma, but also because he is simply a good person. 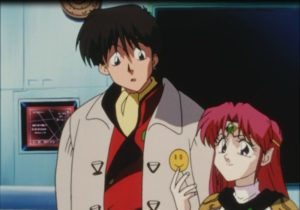 The significant message of The Irresponsible Captain Tylor isn’t readily apparent at first. As the story develops, though, its anti-war undertones become incredibly clear. In the series, the war is suspect, at best, on both sides of the conflict. On the side of the Raalgon Empire, the emperor recently passed, thrusting his daughter Azalyn into a leadership role at a young age. Behind the scenes, war and power-hungry advisors guide her hand to beat the drums of conflict. Humanity, naturally isn’t much better. The humans are led into battle by military commanders, who seem to be itching for war to stave off boredom.

And in the middle, there’s Tylor. The poor sap is thrown into this quagmire,and is told to find a path to victory. His solution is both simple and practical: find common ground and seek cooperation, rather than conflict. 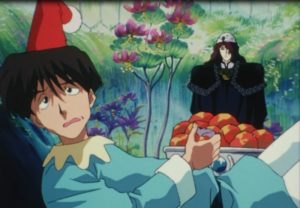 The specific comedy of Tylor is that of disjoint/disconnection. Tylor is basically a charming bum who is in the wrong kind of show. He’d likely be more at home in a comedy sitcom rather than somewhat serious space opera/sci-fi adventure tale. On paper, this is a laughable concept. Thankfully, though, the execution is sublime. While some of the story beats and characters are pretty predictable, the Tylor’s inclusion in the mix adds much-needed spice and variety.

I’d be remiss if I didn’t mention the show’s stellar English dub. The cast is packed with big names from the era, like Rachael Lillis, Lisa Ortiz, and J David Brimmer. The entire cast puts in a stellar performance, on the whole. Possibly the biggest stand-out, though, is Crispin Freeman, who delivers a magnificent performance as Tylor. It plays against his usual, darker roles (think Hellsing’s Alucard or Shizuo Heiwajima in Durarara!!) in a big way. And, really, he owns it. Freeman infuses the role with such wit and cleverness, to the point that I can’t imagine anyone else playing the part. Seriously, his performance alone makes the dub a lovely cherry atop an already delectable morsel of a show.

The Irresponsible Captain Tylor is a fun show, which gets most of its charm from a great main character who you just want to root for through the entire series. And while Tylor might seem an odd duck at first, he quickly grows into a lovable dork who can achieve the impossible. It’s become one of my favorite anime entries of the sci-fi genre, and I highly recommended that you check it out. 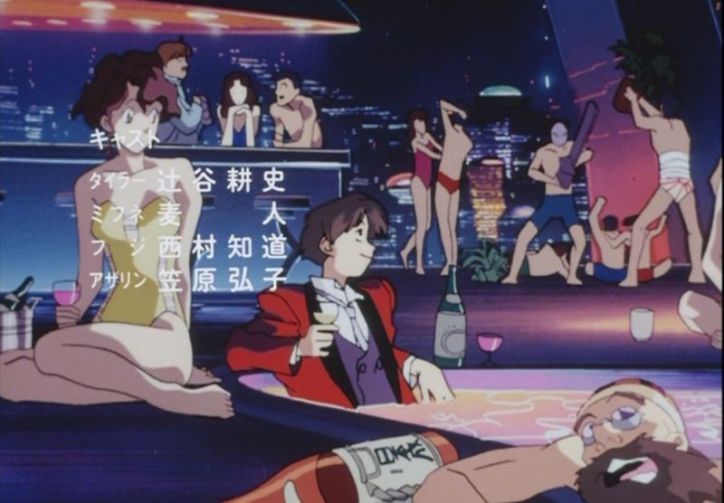 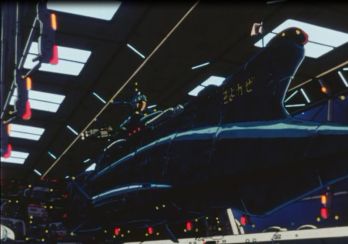 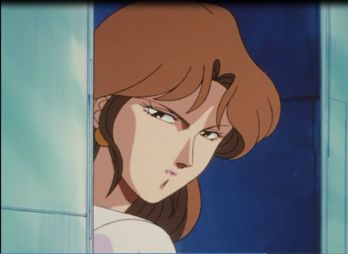 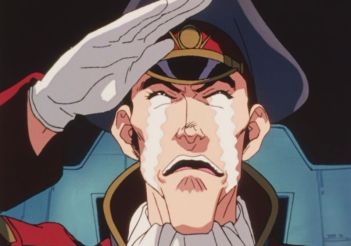 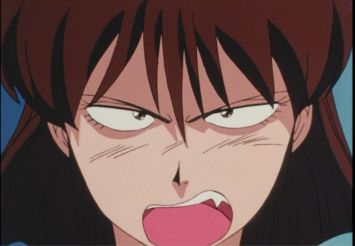 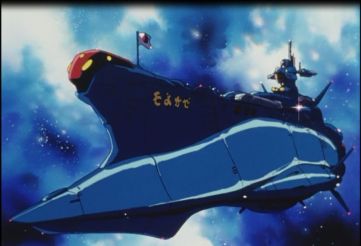 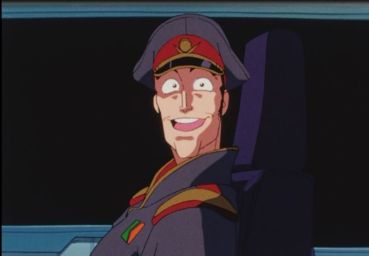 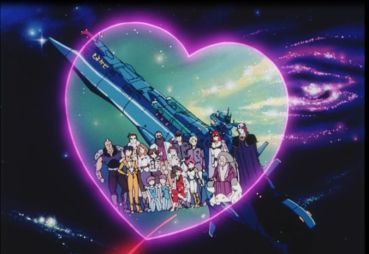 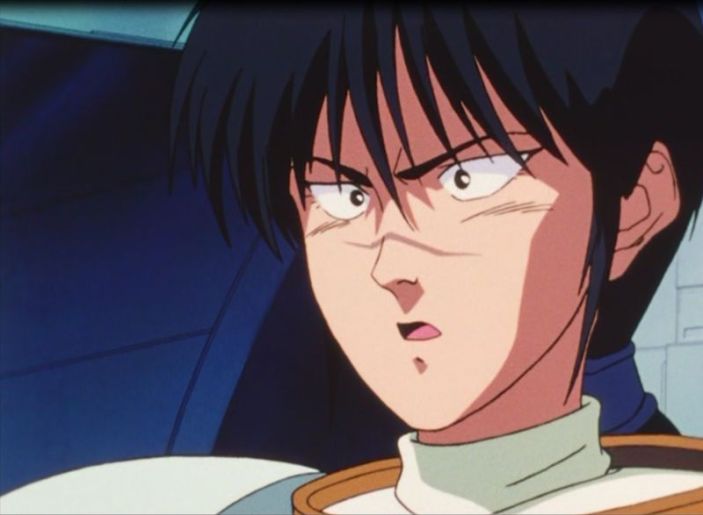 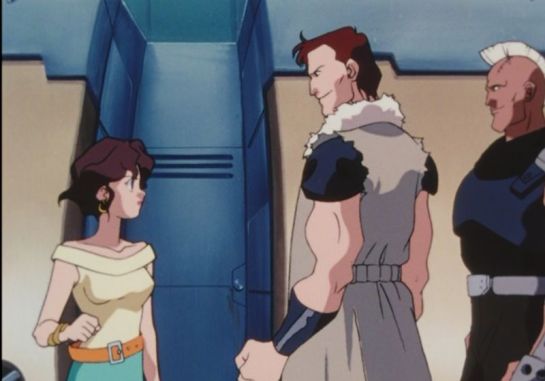 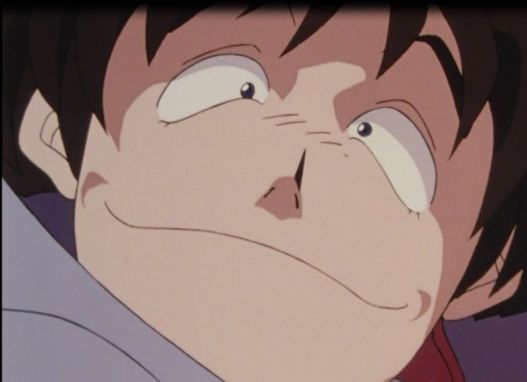 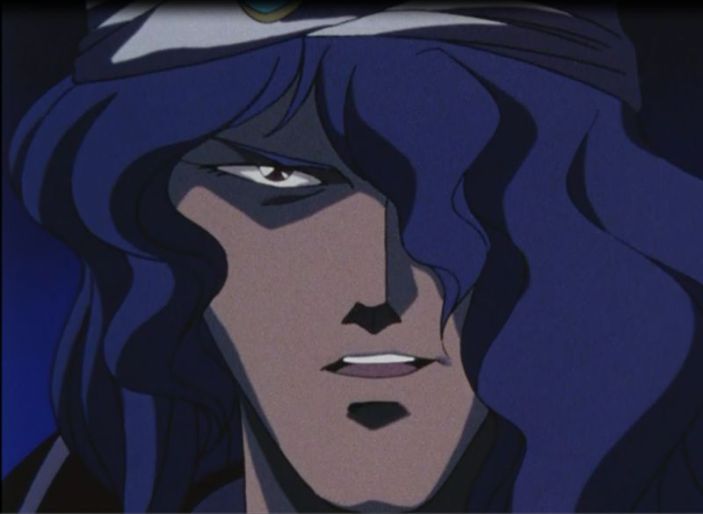 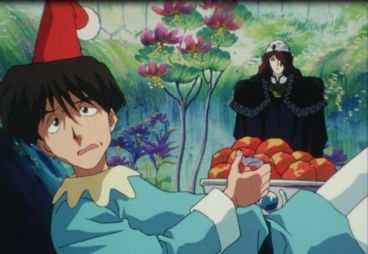 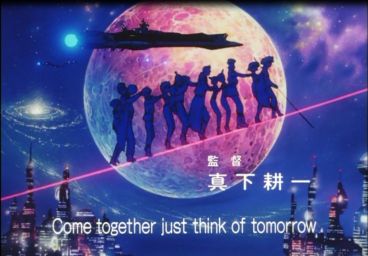 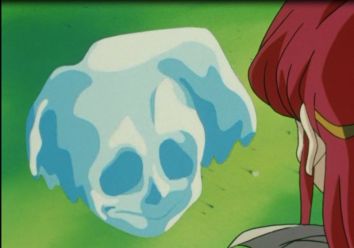 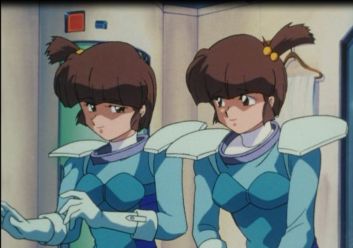 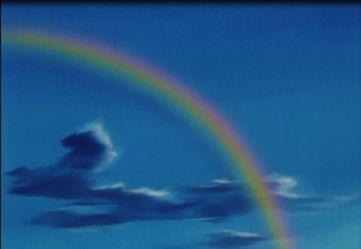