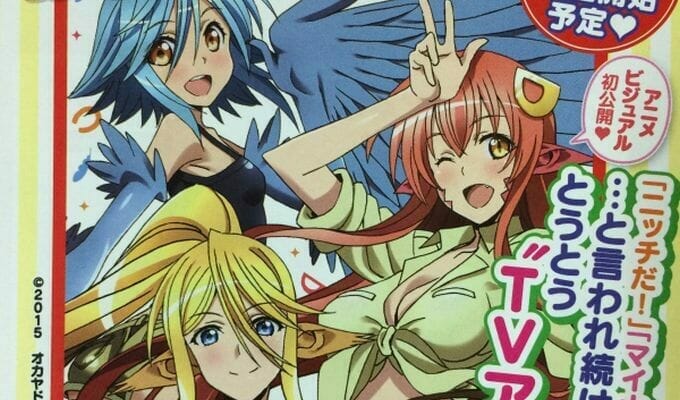 The wraparound on the seventh volume of Monster Musume (Monster Musume no Iru Nichijō ) revealed that a TV adaptation of the series was green-lit for production.

The book is bundled with a flyer that re-confirms the news, while also revealing that the series will hit Japanese airwaves in July 2015. In addition, the flier includes the first key visual for the show, which we’ve provided below. 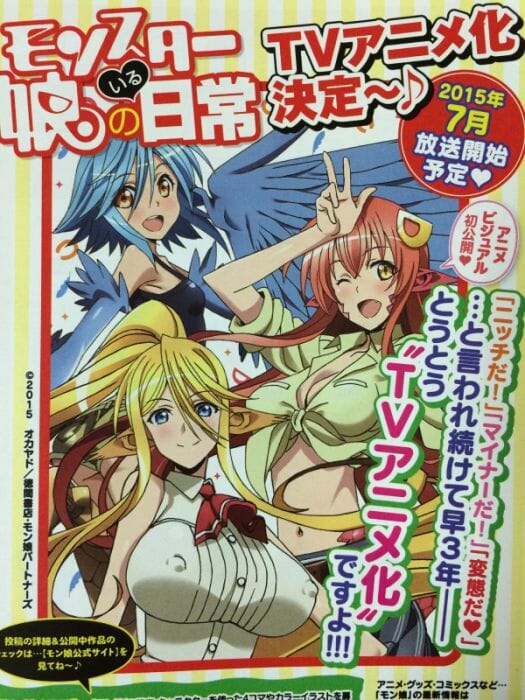 Monster Musume will be based on Okayado’s manga of the same name. Seven Seas currently publishes the series in North America. The company released the sixth volume to stores on March 3.