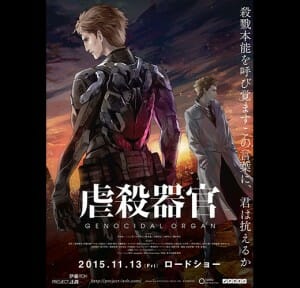 The times, they are a changin’. Still, the show must go on.

Newly established studio “Geno Studio” will produce the film’s animation. According to the announcement, writer and director Shukou Murase, as well as several other key staff members will continue their work at the studio. The staff aims to release the film by the end of 2016, though a specific premiere date is unknown.

Earlier today, the Noitamina block aired a 30-second teaser to confirm that project is back in production.

Geno Studio was founded by producer Kōji Yamamoto (Eden of the East, Anohana), and is a full subsidiary of production company Twin Engine. The studio is still in its establishment phases, though Yamamoto intends to complete the process by mid-November.

Defunct studio Manglobe was originally tasked with animating the film. The studio filed for bankruptcy in September, though, and began bankruptcy proceedings earlier this month. The film was originally slated to open in October.