It’s time to meet the folks of this world. Why? Eh, just because.

Earlier today, the official Just Because! anime website updated with a new teaser visual. The image features Mio Natsumi seated at a desk, looking off to her left. 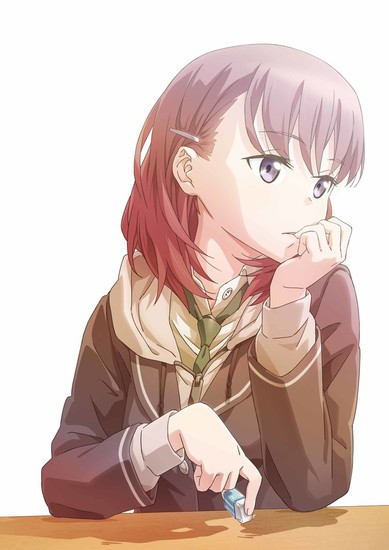 Character visuals were also released for the show’s main players. You can check these out below:

Just Because! will hit Japanese TV in October. Tokyo MX, AT-X, and BS Fuji will all carry the series.

Just Because! is an original project from studio Pine Jam. Atsushi Kobayashi was tapped to direct the project, with Hiroyuki Yoshii (Tawawa on Monday) providing character designs. Hajime Kamoshida (The Pet Girl of Sakurasou light novels) is in charge of the title’s scripts.

Previously, Pine Jam released a pair of promo videos to promote Just Because!. You can check these out below: