Tags: acquisitions, how not to summon a demon lord, j-novel club, light novels 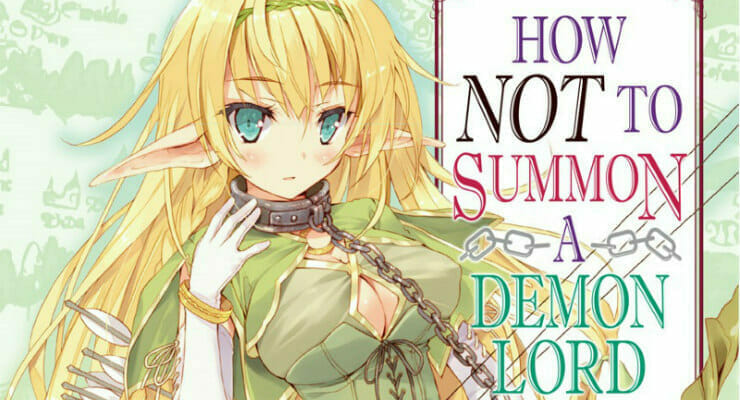 On reading the description for this series, all I can say is “wait… what?”

Earlier today, J-Novel Club announced that they picked up the license for Yukiya Murasaki and illustrator Takahiro Tsurusaki’s How NOT to Summon a Demon Lord (Isekai Maō to Shōkan Shōjo no Dorei Majutsu). The publisher licensed the global English digital rights for the title, which is their third-ever release from Kodansha.

The first half of volume 1 is available for all J-Novel Club subscribers. A 40-page preview is also available for the general public.

How NOT to Summon a Demon Lord made its début under Kodansha’s main label in December 2014. Eight volumes have been released to date, with the most recent hitting stores on August 2.